Missiles Galore But Less Than Meets the Eye 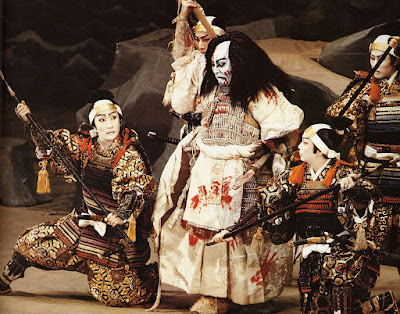 The signs are everywhere announcing that this week's American cruise missile attack on a backwater Syrian airbase was pure Kabuki theatre, an event in which spectacle eclipsed any notion of military efficacy.

Trudeau proudly announced that Canada was let in on the attack in advance. Before we get carried away with that, let's remember that Russia (and presumably Syria) were given a heads up too.

Despite the launch of five dozen Tomahawk cruise missiles the Syrian air base was back in business launching missions the next day. A few aircraft shelters were destroyed, a few others damaged and about 9-Syrian warplanes, 60s vintage Soviet Sukhois were destroyed. Big effing deal. Those wheezy old Sukhois were probably worth a damned sight less than the estimated $70-million cost of the missiles.

The reaction, across the political spectrum, has been curious. From the far left to the far right you can find voices criticizing and praising the dark farce. Fareed Zakaria was practically giddy with praise, proclaiming that "Donald Trump became president last night." If anything that probably speaks to just how low Zakaria has set the bar for this particular president.

As the farcical reaction poured in I wondered how America and the world had responded if the attack had been ordered by Obama instead of Trump? The usual sycophants like our prime minister would have jumped on the bandwagon. The rest, probably the same.

There may be fallout over the coming weeks and months. Maybe not. Trump will sit by eager to read his reviews and see how this stunt impacts his ratings. If there is any follow up, any new policy on Syria, Trump's numbers will likely be a deciding factor.

While you wait to see if this winds up meaning anything at all, you might kill a bit of time learning about Kabuki.

Ceremonies such as those at Vimy Ridge are more Kabuki theatre. Trudeau will be there posing for selfies and emoting about all those who lost their lives but nothing will be said about those who caused the war and those who profited from it. (I'm old enough to have heard vets who were there making such complaints and they never pretended there was any glory in it.) There won't be any official complaint about the $70-million cost of the missiles or the next $70-million cost to replace them.

Hear, hear, Toby...
I cringe when masses are force fed the mantra: "Canada became a nation through sacrifices at Vimy." How a nation can be built by being used as cannon fodder?

There is something very fishy in the sarin+tomahawks story. Not sure what, but I remember a story of an entrapment of Saddam Hussein who was indirectly encouraged by an american envoy to get even with Kuwait and invade it.
A..non

Of greater import is the very real fact that more than half of the missiles failed. Any number of reasons can and have been given as to why, yet, there is a line of inquiry being left unasked; was this a case of sabotage, and if so by whom?

"Donnie has shown so much improvement. And some of the other children who didn't take to him at first are starting to like him."

How many more times are we going to be treated to the ridiculous display some talking head bubbling over with the "at-last-he's-so-presidential" routine? Will the golden-boy treatment never end?

Could it be the Mother of all Pillow Fights?

But...but...but...Donnie owns stock in Raytheon. Following the missile strike Raytheon stock spiked...didn't mater that they didn't all get to the empty field where they were sent...so there's money in it for Donny. So the great American tradition will be upheld.

I thought wrongly is was M. Albright.
This gal is one of us from BC!


Re;
Of greater import is the very real fact that more than half of the missiles failed

Not much proof of that , as yet.
It is possible they were beyond their "best by date"

The US and it's allies generally use conventional 'iron' bombs rather than the expensive and often not as good as advertised wonder weapons.

When all said and done; it was not exactly Shock and Awe!!
The mission will remain one of those unknown knowns we fondly remember along with the tiered fortress tunneled into the mountains of Tora Bora.

History repeats itself within ever shorter timelines yet we still fall for it.

I always thought that Canada got a seat at the table and rid of British patronage after the war due to the military contribution at places like Vimy. It was not a military victory but a diplomatic one.

I found Trudeau's ready endorsement of the missile attack disturbing, in that I wonder if it presages how he will approach the renegotiation of NAFTA. Will we lose much, but be told by Trudeau it is a victory for Canada-U.S. relations? increasingly, Trudeau's judgement is evidencing a callowness and shallowness that all Canadians should worry about.

Right before our eyes selfie boy morphs into a Tony-Blair-type-apologist as the new tRump-whisperer.

It does challenge the tRump-as-Putin-patsy meme.
We're back to square one: Is it Eastasia we hate or Eurasia or Oceania?

The Fed govt recently allowed the sale of 24 retirement homes to a huge Chinese insurance company with murky ownership:

Unfortunately, Lorne, we haven't seen this prime minister stand up for much and "push back" doesn't seem to be a tactic he grasps. Hugh offers a troubling example of what it can mean to be a Canadian with Trudeau at the helm.

NPoV, trying to discern Trump policy is a thankless chore. It switches from week to week. Interesting to see even Trump's most useful idiots, his base, are growing restless and gnawing on their chains. Their idea of foreign policy was whatever was dished up by Breitbart with a double side of Deep State. Now they have to watch their own White House Fenian shelved, vanquished by that Jewish guy, Kushner. That really gets under their white nationalist hides.

Oh well, Tillerson says he's got China onside for giving Kim Jon Ick one upside the head. If Trump gets a bump in the polls from the Syria attack, a future of war it may be. It did wonders for Margaret Thatcher.

Many years ago I attended a corporate function in a large auditorium. One of the speakers gave a speech that kept us all entranced. We could have heard a pin drop during pauses. He had us all. It took me three days to figure out that he had not said anything of substance. Trudeau the younger is like that. He grabs our attention and makes us feel good but doesn't say anything worth listening to. Now that I have his measure I change the channel whenever I hear him.

Graeme Decarie has a good take on the Vimy Ridge created a nation nonsense. He puts it into perspective.

What Graeme left out, what most reviewers leave out, is the Ross Rifle debacle which was all about profit at the expense of the poor soldiers who were issued them.

I wasn't aware we were still using the Ross rifle during Vimy.

The Mound of Sound said, "I wasn't aware we were still using the Ross rifle during Vimy."

Yes and no. This is probably the source of confusion.

"By 1916, the rifle had been withdrawn from front line service, but continued to be used by many snipers of the Canadian Expeditionary Force until the end of the war due to its exceptional accuracy."

Regardless, I remember my grandfather and his buddies lamenting that WWI was the most stupid, ill thought out endeavour they had ever been involved in. They sure didn't think well of the people who started the war or those who directed it. They came home angry.

We could add Trump to this list.
It speaks volumes to the rational of prominent Republicans.