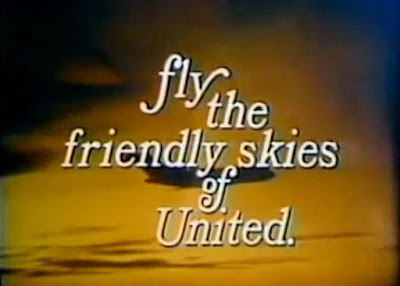 Maybe it's time United Airlines gave up the "fly the friendly skies" nonsense.

It was supposed to be a standard flight from Chicago to Louisville yesterday. Then it went wrong. The flight was sold out. The passengers were boarded. Then a United Airlines staffer showed up asking for four passengers to give up their seats.

An airline supervisor walked onto the plane and brusquely announced: "We have United employees that need to fly to Louisville tonight… This flight's not leaving until four people get off."

"That rubbed some people the wrong way," Bridges said.

Passengers were offered vouchers to rebook, he said, but no one volunteered.

So the airline chose for them.

One of the chosen, a man of Chinese descent, refused to go. He said he was a doctor and had to see patients in the morning. When he refused to budge, the United rep called in the muscle.

It would seem that life in America can become a living hell at any time for anyone at all over the most inconsequential matters one can imagine.


Dana I hate to say it but I think what we're seeing now is just "early onset" stuff. Broad based brutality is part of any authoritarian state. So too is leadership that surrounds itself with immediate family members.

I knew United breaks guitars, but now they break heads too? Sad.

I expect you're right, Mound. Its an established pattern.

United had employees that needed to fly to Louisville. So, were they really overbooked? Or, suddenly they needed 4 seats for their own employees?

Maybe they should be required to offer better financial incentives. If no one accepts, too bad for the airline.

UU4077 - brilliant idea. An auction. Start low - overnight stay in a 4-star hotel, ticket on next flight of passenger's choice, cash of $1,000. No takers and the ante goes up to $2,000 and then, if need be, by another grand each time until enough passengers take the deal. Everyone who goes gets the best deal that the last guy wrangled. If the holdout gets 10 grand, everyone gets 10 grand. Perfect.

Just phoned United (we stand in boycotting this piece of crap).
Told them that they will never see my money...
A..non

I did the same, TB, only via email. However, given that I've decided to forego flying generally (save for funerals), I doubt it will hurt their bottom line.

Don't they know their flight and staff schedules ahead of time so they can accommodate their needs. Since overbooking is routine I suspect that is the real reason. I recall overbooked Air Canada flights I was on where they offered incentives to take the next flight and kept increasing them till they got enough volunteers.

Apparently there's a regulation that limits the incentive that can be offered to $1,350. I don't suppose it was a consumer advocacy group that worked to ensure that this provision was included in whatever set of rules applies to this situation.

A guy claiming to be a witness told CNN that the man who was removed had accepted whatever was offered but attempted to withdraw his acceptance of the deal when he was told that he would have to be rebooked on a flight taking place on the following day. That should have been made clear when the offer was presented. In any case, I guess that could have been what put him in their crosshairs and, once they'd latched on, they were disinclined to let go of him and repeat the exercise.

Still, given the explanation by the airline that the bumping staff members had to travel for a work connection, I don't understand why it needed to get itself into this jackpot in the first place. Their seats would be booked just like anyone else's and there would be no need to inform the passengers that company staff were involved in the bumping. Of course, the work connection might have been a either a last-minute requirement or complete bullshit.