"A Smog of Complacency" 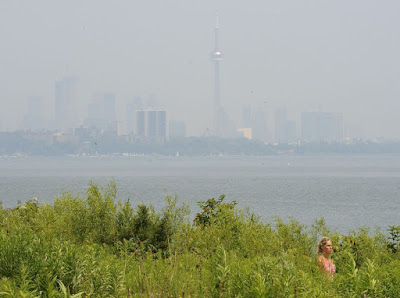 It used to be something that was mainly self-inflicted, smoking. Now it's available to everybody through the magic of breathing.


Air pollution is the “new tobacco”, the head of the World Health Organization has warned, saying the simple act of breathing is killing 7 million people a year and harming billions more.

Over 90% of the world’s population suffers toxic air and research is increasingly revealing the profound impacts on the health of people, especially children.

“The world has turned the corner on tobacco. Now it must do the same for the ‘new tobacco’ – the toxic air that billions breathe every day,” said Dr Tedros Adhanom Ghebreyesus, the WHO’s director general.

“No one, rich or poor, can escape air pollution. It is a silent public health emergency.”

“Despite this epidemic of needless, preventable deaths and disability, a smog of complacency pervades the planet,” Tedros said, in an article for the Guardian. “This is a defining moment and we must scale up action to urgently respond to this challenge.”

...In the UK, most urban areas have illegal levels of air pollution and ministers have lost three times in the high court after challenges over the inadequacy of their action. The latest government action plan, called “pitiful” by environmental lawyers, revealed air pollution was actually much worse than previously feared.

Globally, with smoking on the decline, air pollution now causes more deaths annually than tobacco. However, researchers think the harm known to be caused by air pollution, such as heart attacks and lung disease, is only “the tip of the iceberg”.

My doctor continues to ask me if I smoke. Do you mean tobacco?" "No" I say." "Only the air outside." Anyong Comment with your Google account if you’d like to be able to manage your comments in the future. If you comment anonymously, you won’t be able to edit or delete your comment. Learn more Why am I getting this come up on the screen?

@ Anyong, to answer your question: because Google put it there. Google owns and maintains blogspot.com. It makes its money by tracking users. Google does not like anonymous users or those of us who block cookies and bots because that hurts their ability to collect our data. Consequently, Google is trying to persuade all users to sign up to gmail where they can track us and our friends.