Is Revolt an Option? What Choice Do We Have? 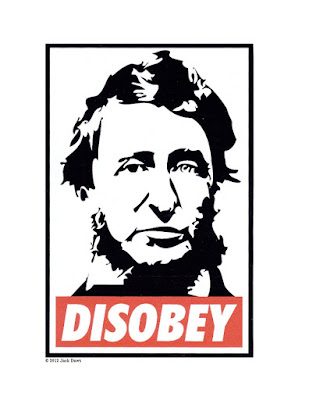 What do Chris Hedges, George Monbiot, the Archbishop of Canterbury and assorted academics have in common? They all argue that ditching our current order, the cult of neoliberalism, is our last best hope of salvaging civil society and providing a tolerable future for those who will follow us.

Today, Hedges called for an overthrow of the existing order:


Our only hope is to organize the overthrow of the corporate state that vomited up Trump. Our democratic institutions, including the legislative bodies, the courts and the media, are hostage to corporate power. They are no longer democratic. We must, like liberation movements of the past, engage in acts of sustained mass civil disobedience and non-cooperation. ...If we fail to embrace this militancy, which alone has the ability to destroy cult leaders, we will continue the march toward tyranny.

In mid-month, George Monbiot called for a people's rebellion because, "Our politicians, under the influence of big business, have failed us. As they take the planet to the brink, it’s time for disruptive, nonviolent disobedience."


This preparedness for sacrifice, a long history of political and religious revolt suggests, is essential to motivate and mobilise people to join an existential struggle. It is among such people that you find the public and civic sense now lacking in government. That we have to take such drastic action to defend the common realm shows how badly we have been abandoned.


When a government wilfully abrogates its responsibility to protect its citizens from harm and to secure the future for generations to come, it has failed in its most essential duty of stewardship. The “social contract” has been broken, and it is therefore not only our right, but our moral duty to bypass the government’s inaction and flagrant dereliction of duty, and to rebel to defend life itself.

These are not wild-eyed revolutionaries. They're not crazed anarchists.  They all speak of the abandonment of the public welfare by a political caste that has chosen, instead, to throw in with the corporate sector to our and our children's mortal detriment.

And, yes, we have the same affliction in Canada, a contagion within both the Conservative and Liberal ranks. They have made our Canada a petro-state in every sense of the term. The Fossil Fuelers continue to exact tens of billions worth of grants, subsidies, deferrals and other benefits from our federal and provincial governments every year, year in and year out.

They have abrogated their responsibility to protect us from harm and to secure the future for generations to come. They have knowingly and quite deliberately failed in their most essential duty of stewardship. They won't step away from neoliberalism, the irresistible force that draws us ever nearer to our environmental abyss. They remain its devout disciples, committed to perpetual exponential growth even though, in every corner of the world, we can see the loss and suffering this is inflicting.

These folks are no Trotskyites. In fact, they're all pretty mild mannered. When they call for rebellion, that should tell us something.

Problem is Mound any call to rebellion will play into the Trumpers hands. It has to be done very carefully, but do we know how?