I read it in The Guardian so it must be true. "Canadian province gambles future on marijuana's 'extreme growth potential.'"

Some 100,000 Canadians currently use medical marijuana – and the number is growing by 10% each month, according to the Canadian National Medical Marijuana Association.

In some ways New Brunswick has more in common with countries, such as Greece or Portugal, than with other regions of Canada, said Saillant. “We share the same characteristics as those countries to the extent that they’re slow-growing peripheral economies that are fast aging and that are facing major financial stress.”

Home to some 750,000 people, the province is the only one in Canada with a shrinking population, as deaths outnumber births and younger residents head west for jobs. In their wake they leave an unemployment rate that hovers around 10% – one of the highest in Canada. 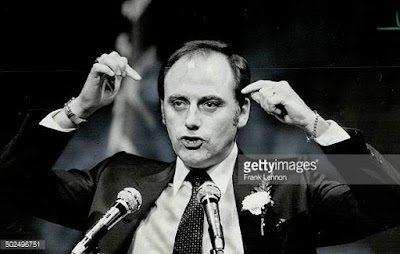 When the Sprung cucumber adventure blew up in his face, Pecker hightailed it out of Newfoundland - about as far away as he could get and still be in Canada. He's still there, just down the road from me in Qualicum Beach where he continues to dabble in rightwing provincial politics, this time British Columbia's.

So, New Brunswick, we've done our share. No more. If that marijuana venture goes up in smoke, we don't want any more failed politicians from that end of the country.
Posted by The Mound of Sound at 12:03 PM

It shows the desperation of governments when they want to peddle drugs.

As a fellow British Columbian I, too, don't want any more competition in the weed biz than necessary ;)

Yeah, PLG, damn straight. Don't we have "dibs" on weed?

Didn't some recent past premier of one of the Atlantic Provinces state that by attracting and retaining more immigrants his province could increase its population and thereby qualify for a corresponding increase in transfer payments? I'm not kidding. One of them actually came out with this inanity. It was either New Brunswick or Nova Scotia, but I don't remember which of its leaders suggested this contribution to the solution of its economic challenges.

Do they really need any more dope in that part of the country?

(I'll apologize for the crack in advance. I used to really enjoy working down there and the east coast guys were always among the best in every respect on any job.)