The World's "Most Complex Bilateral Relationship" Under Strain 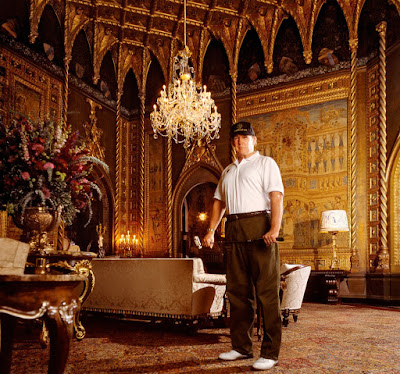 Beijing locks horns with Washington this week at a gaudy Palm Beach golf resort in Florida as Xi Jinping comes calling on Donald Trump at TrumpWorld, a.k.a. Mar a Lago.

So interesting is the state of ties between Washington and Beijing that there appears to be a swelling bipartisan consensus that there is a growing risk of the relationship becoming, as one current state department official put it, “unhinged.”

“Just look at the scope of the problem,” said a current senior Pentagon official, who declined to be identified because he wasn’t authorized to speak to the media. “How can Washington and Beijing sort through so many areas of contention all at the same time? There are so many possible places where the relationship could not only end up on the rocks, but where both sides … could start shooting at each other.”

“I am glad I am out of there,” said a senior former member of the Obama administration’s White House team. “Relations with Beijing are going to get tense in the months and years to come … They are going to continue to press more and more. And now that trade is a sticking point, the one thing we always both pointed to in times of peril, well, we don’t have that luxury anymore.”

A senior Trump administration official was blunt: “We aren’t friends, us and China. That is just a downright and dirty fact that we can’t escape. But we can work together. We can cut some deals. They must know North Korea can’t continue to be a global maniac. They must know that they can’t conquer the South China Sea. And they will know soon we mean business.”
Posted by The Mound of Sound at 1:20 PM

“We aren’t friends, us and China.

Must be a Harvard graduate!

Imagine this penis going into negotiations ?

Pin the tail on the donkey, TrailBlazer? Can you associate that clumsy remark with a particular "senior Trump administration official"? I'm guessing it's not Rex Tillerson. Don't think I'd bet on Mattis either.