Ain't Too Proud to Beg - Off. Boogaloo, My Arse. 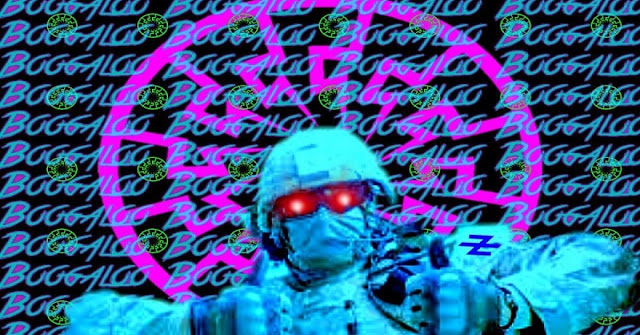 Is America primed for a 60s-style race war?

1967. A bunch of buddies and I piled into a car (they were huuuge back then) and drove to Windsor's waterfront Dieppe Park to watch the war go on across the river in Detroit. Gordon Lightfoot memorialized the spectacle in song, "Black Day in July."

The clouds above the Motor City glowed red from the burning buildings. Some 2,000 in all were destroyed.  We watched main battle tanks, M-48 Patton tanks, some of them probably built at nearby Chrysler and Ford plants, slowly roll down Jefferson Ave. Soldiers of the 82nd Airborne, the 101st Airborne and the Michigan National Guard were deployed. Every now and then you could hear gunfire as troops engaged rioters and fired on looters. Let's say it left an impression.

Detroit wasn't the first race riot and it wasn't the last. But Detroit was the benchmark until, 25 years later, LA cops beat the living hell out of Rodney King. When a jury without a single black juror acquitted those cops it was on.  This time the 7th Infantry Division, 1st Marine Division and the California National Guard turned out.

The 21st century has witnessed mass demonstrations sparked by outrageous killings of American blacks. Think the Cincinnati riots of 2001, the 2014 Ferguson, Missouri protests, the Trayvon Martin execution, and so many others including Eric "I can't breathe" Garner, Freddy Gray . The Associated Press story of the year for 2014 was police killings of unarmed black people.

Now it's the brutal execution of George Floyd.

Enter "the Malignancy of 1600 Pennsylvania Avenue" who legitimized racism in America in the aftermath of the death of a protester at Charlottesville, Virginia during a "Unite the Right" rally. It has not been a happy time to be black in America since race-baiter Trump took office.

Like moths drawn to a campfire, the Covid lockdown has brought America's feral white supremacists out into the streets.  Clad in "tactical" gear, with the obligatory AR-15 assault rifles slung from their shoulders, they have stormed State Houses and public demonstrations, spewing menace and intimidation wherever they appear.

The new buzzword of the white supremacists is "Boogaloo."  The ADL describes it as a code word for Civil War II.


This new usage seems to have started with gun rights activists intimating or promising violence if the government were to “come for their guns.” The full phrase has been used this way before; for example, in June 2018 someone started a Reddit thread titled “Civil War 2: Electric Boogaloo” featuring a 2012 Facebook post by Gavin Newsom, then California’s lieutenant governor, telling the National Rifle Association, “we ARE coming for your guns.” The implication made by the poster was clear—that any such effort would result in civil war.

White supremacists have also adopted the boogaloo concept. A particularly disturbing boogaloo t-shirt (currently available online) features the word boogaloo under a photograph of John Earnest, the white supremacist who opened fire at a synagogue in Poway, California, in April 2019, killing one person.

Whereas the militia movement, radical gun rights activists typically promote the boogaloo as a war against the government or liberals, white supremacists conceive of the boogaloo as a race war or a white revolution. Some promote boogaloo-related phrases alongside hashtags such as #dotr or #DayOfTheRope, both of which are references to neo-Nazi William Pierce’s The Turner Diaries, a novelized blueprint for a white revolution.

Accelerationist white supremacists are particularly apt to use “boogaloo” – they seek the violent collapse of modern society in order to bring about a new, white-dominated world. Among them is Paul Nehlen, who gained notoriety by running for U.S. Congress in Wisconsin in 2016 and 2018. After the Poway synagogue shooting, Nehlen embraced both accelerationism and the term boogaloo and has even posted photos of himself wearing the John Earnest/boogaloo shirt.

The white supremacist (and accelerationist) group Feuerkrieg Division recently posted a song about a race-war boogaloo to its official Telegram channel. A sampling of the lyrics makes its thrust clear:

They might be heavily armed but I'd bet the farm that, at the first sound of gunfire, they would run for cover, get the Hell out of Dodge and back into the safety of mom's basement. The problem is that no one knows what they might do. What we do know is that, if something happens, Trump won't have done anything to stop it.

Then there's this, retweeted by Trump this morning:

The monster seems to be encouraging it, and retweeted a video of some "Cowboy" saying the only good Democrat is a Dead One. I wonder if this is what it felt like in the 1930s.

Thanks for the heads up, Stu. I added that video to the post. I suspect Trump would happily see America descend into internecine violence if it would bolster his chances in November.