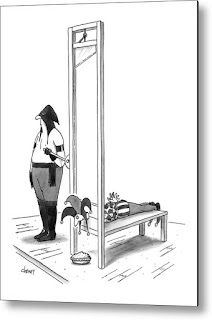 
Many of us are, for the first time, ordering groceries online. That’s causing huge spikes in demand on e-commerce sites like Amazon, which has moved quickly to expand its grocery delivery services and transform Whole Foods Markets into fulfillment centers for online orders.

But if Amazon consolidating control over yet another sector of the economy during a crisis makes you uncomfortable, Jeff Bezos would like to offer a reframe: Actually, buying your groceries online is better for the planet.

That, at least, is the striking claim made in Bezos’ annual letter to Amazon shareholders, which the e-commerce behemoth’s CEO released last month. In a section on Amazon’s climate impact, Bezos asserts that shopping online is “inherently” more efficient, from a carbon emissions perspective, than going to the store. He references a study conducted by Amazon that found that ordering Whole Foods groceries online reduces the carbon emissions associated with every item in a grocery basket by 43 percent compared with driving to Whole Foods.

Great idea. Let's put Bezos between people and their food supply. Who needs to shop local? Amazon don't. Who needs farmer's markets? Jeff says you don't. Besides, "farm fresh" is so overrated. Who needs those cashiers and clerks and the kids who carry out your groceries - the people who live in your community thanks to those jobs? And what about those pesky carbon emissions anyway. Leave that up to Jeff. He'll ship that stuff from one end of the country to a "fulfillment center" at some other part of the country and, from there, to your door. Carbon emissions? Hah, that's for losers.

Suddenly "The Terror" doesn't sound so terrible after all.

Oh yeah, Amazon sucks.
Posted by The Mound of Sound at 2:08 PM

Bezos is making money hand over fist while his low-paid human robots slave away in conditions that encourage the spread of Covid-19. I'm glad to see Amazon's VP quit in support of whistleblowers at the company's fulfillment centers. Bezos can get stuffed.

And the rich will inherit the world!
Bezos and his stablemates have surpassed any monarch , that I can think of, in power and influence.
The only thing that Bezos has done , besides low wage employees, is to bolster the semi corporate UPS delivery drivers that are springing up everywhere.
Just how long will it take for the whole world to be the company town?

These are not at all like the towns that could be possible.
https://en.wikipedia.org/wiki/Bournville

Bezos in my opinion is a facist. His "fullfillment centers operate more like concentration camps/jails than normal places of employment. It makes no sense to use Amazon. All the money goes to Bezos who avoids as many taxes as possible. All the while destroying brick and mortar stores. if Bezos was truly interested in the environment he'd do something to protect it but the shit he sells comes from countries with horrible environmental records.

All Bezos wants to do is corner the world market so he can control the world commerce. The world would be better off without him and Amazon. Brick and mortar stores are much more environmental. People actually walk to them, they don't all use cars. The provide jobs which people can walk or bike to. Any how who goes to his grocery stores any how? I use local grocery stores. The contribute to the community and local charities and food banks. In Nanaimo, B.C. we have two small local chains, 49th Parallel and Country Grocery. Why go anywhere else. Why order your food from some place a long way away. At least they pay their staff in B.C. a decent salary.

Bezos is all about getting as much money for Bezos.