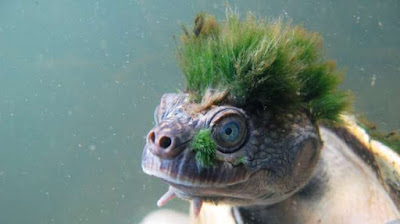 Some creatures, the oldest, carry within them billions of years of evolutionary history. Human activity is putting that history in jeopardy as we drive those species into extinction.

It's ironic that just as we're beginning to unlock the evolutionary history these species offer us, we're wiping them out, erasing that history.  Billions of years of evolution gone in the span of a single human lifetime.

There are reasons that some species have lasted for billions of years while others emerge and are gone again in the span of mere centuries, a few millennia. Understanding why some persist, even thrive over timelines almost beyond human comprehension, could be invaluable as humankind struggles not to render our own species extinct.
Posted by The Mound of Sound at 8:09 AM