Last Call for a Progressive Restoration 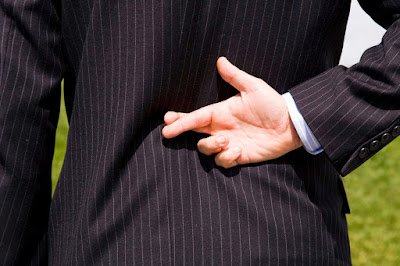 As economist and author, James Kenneth Galbraith, son of the legendary John K. Galbraith, observes, these events drive some major and usually unpleasant changes. Labour may remain stagnant, isolated, as its members are laid off and compelled to shelter at home, but capital never misses an opportunity to write the narrative of the "new normal" that will be in place when the crisis ends. Often that takes the form of more automation, less demand for human labour, and the accumulation of future wealth in the hands of a narrower and increasingly powerful elite.

Abraham Lincoln wrote of the great and never ending struggle between labour and capital and said it was the duty of government to balance these forces, where possible somewhat in favour of labour.

Their words came to mind when I began mulling over recent stories about nursing homes, meat packing plants and even high-end manufacturing.

Let's take packing plants as an example. The meat processing industry - pork, beef, poultry - has been a hotbed of contagions such as listeria, salmonella and, now, Covid-19. I think we're all familiar with photos of the factory floor showing long conveyor belts with workers lined up on both sides almost elbow to elbow. Perfect conditions for the spread of a viral contagion. No surprise that's what has happened in hundreds of these plants globally.

I posted a clip yesterday showing how luxury car-maker, Bentley, is coping with the pandemic. The company has rejigged the factory floor to implement physical distancing, but at what cost? Workers are well spaced but there are only half as many as were employed pre-Covid producing half as many cars as Bentley was putting out prior to the contagion.

Maybe Bentley absolutely loves its workforce. That hasn't stopped it from laying off half its shop floor employees. Will those furloughed workers be back? Some probably but by no means all.

Galbraith explains that, in these downturns, companies work on ways to recoup their losses, their shareholder value, and, usually, that means paring expenses, especially labour costs. This is a great time for companies that manufacture robotics and automation systems.  Hey, who needs to bring back Jack or Betty when you can have Hal?

Yuval Noah Harari, in his book, Homo Deus, written before the pandemic, also foresees a world increasingly negating the role of human labour. Things that were once done physically can now sometimes be done virtually - done better and more profitably, virtually.

Being consigned to "the precariat," enrolled in the Gig Economy, used to be seen as misfortune. What if, post-Covid it becomes our new normal, just the way things are?  That could happen or we might just be able to push back. We might be able to demand those we install in high office put the populace ahead of the economy and its stacked deck.

That would mean, at a minimum, driving out the neoliberals, the real disease that has sapped our strength - economic, social and political - since Thatcher, Reagan and, yes, Mulroney foisted it on us four decades ago. It will be these same neoliberals, regardless of party badging, who will steer us into the post-Covid world imagined by Galbraith and Harari and many others. Think of it as neoliberalism on steroids, neoliberalism weaponized. Think crippling inequality. Think of the decline of liberal democracy and the rise of oligarchy. Then think about stopping it while we can.

Old school Republican insider, Kevin Phillips, in his 2005 book, "American Theocracy," examines how dominant countries fall into decline. Neoliberalism is just another empire. He explores how the great empires of the past - Dutch, French, Spanish, British - all began as agrarian states before, during the Age of Empire, evolving into manufacturing powerhouses, before transforming, yet again, into FIRE (finance, insurance, real estate) economies that outsourced their manufacturing base in search of cheap labour and ever greater returns. The FIRE economy cannibalized the country as the dominant nation, in search of quick returns, used its wealth to grow its own successor's economy.

Think of where China was when Reagan, Thatcher and Mulroney greenlighted the transition to our own FIRE economies. Think of the bubbles that have rocked the West - America's "savings and loans" fiasco, the "dot.com" fiasco, the "real estate" fiasco, the "casino capitalism" banking fiasco, and already in the chamber, locked and loaded, the looming fossil fuel economy fiasco.

Another point that Phillips documents is how FIRE economies are inherently weak. Manufacturing economies are far more robust and recover from recessions fairly quickly and effectively. FIRE economies are brittle. They never quite come back and, with each successive recession or bubble, emerge diminished. A few individuals profit enormously. The many are bequeathed calamity.

Is that what we want? It's what we're getting and the only way to dodge that bullet, to avert this fate, is to stop electing neoliberal governments. We have to stop empowering the neoconservative Conservatives, the conservative-lite Liberals and the latter-day-liberal NDP. We need to demand a progressive restoration while that is still an option, even  if a remote option.

Read Yuval Harari. Read James Galbraith. Read Gar Alperovitz and Henry Giroux. Read Joseph Stiglitz. Read Canada's own Thomas Homer-Dixon. Hell, read Chris Hedges. Just read and discover where we are and where we're headed and how we don't have to go down this road.

This isn't going to get better without a fight. That will be easier once you understand that fight is essential for us and for the future, if we're to have one.

This is a very sobering post, Mound. I do hope that the need for a strong government, so evident during our present crisis, is not quickly forgotten but becomes the foundation for a new (old?) revolution. On the one hand, as we see with Harper's recent Wall Street Journal piece, the ensconced interests will fight hard for a return to the way things were until just recently. On the other hand, with so many people facing protracted unemployment thanks to the systemic effects of Covi-19, I really don't see how governments can just blithely do the neoliberals' bidding anymore.

I live in hope, albeit slight.

I had your post about Harper in mind when I wrote this, Lorne. To him this fiasco is another stepping stone to an oligarchy. He has the empathy of Donald Trump, a soulless bastard.