Re-Loading for the Next Wave 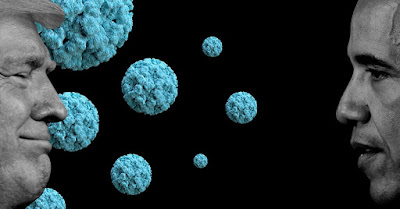 We have a small window of opportunity to prepare for the next wave of the Covid-19 pandemic. We'll need that time to replenish stocks of emergency equipment, testing sets and protective supplies such as gowns, gloves and masks. There'll be no excuses for being caught unprepared again.


Nine top scientists who advised Barack Obama in the White House are warning that the US has just three months to rebuild its national stockpile of emergency medical supplies or risk further drastic shortages of testing kits and protective gear should coronavirus strike again in the fall.

The dramatic warning from Obama’s former science advisers contains an implicit criticism of Donald Trump’s handling of the pandemic. In a seven-page missive, the group says that federal government preparations for a possible resurgence of the disease must be triggered immediately if a repeat of the “extraordinary shortage of supplies” that was seen in March and April is to be avoided.

“The United States was unprepared for the supply needs of the spring 2020 Covid-19 pandemic,” the group says.

The scientists add: “There has been a persistent shortage of ventilators, testing kits, masks and other PPE [personal protective equipment] … In recent years the nation has let down its guard.”

There might be a snag. If Trump launches a crash programme to get the US prepared for a potentially even more lethal second wave it could call into question his rush to re-open the American economy. Even worse it would be a tacit admission of how badly he screwed up when he allowed John Bolton, his then national security advisor, to dismantle the pandemic emergency response team bequeathed to Trump by the Obama administration.  Trump, after all, is the guy who refuses to accept any responsibility for his government's lack of preparedness for this virus, his own inexcusable delays in responding to it, and the 95,000 dead, many of them directly attributable to his own neglect. 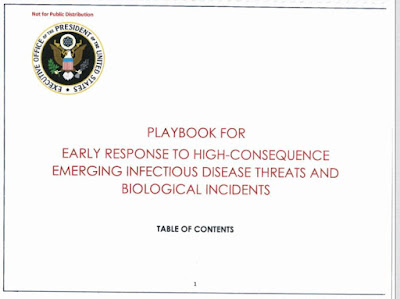 Trump may not heed this advice but let's hope our federal and provincial governments won't make the same blunders.
Posted by The Mound of Sound at 10:17 AM

But, but, Mound, he's got his favourite dim bulb son-in-law on it right now. Gawd, he's so stupid he thinks foo-king is the capital of China!


A dangerous combination of a damaged psyche, an incurious nature, and a declining mind. You can watch these three calamities coming together.

Everyone keeps talking about a second wave coming in the fall But for a second wave to come, does not the first one have to stop? I'm looking at the number of new cases being identified each day for the United States, and it doesn't look to me like the numbers are letting up at all....

From latter March right up to now it looks like there's been about 20,000 cases being added every day....some variance up and down of course, but overall pretty steady as testing keeps ramping up. The United States has done about 13.9 million tests, or a little over 42K per 1 million of population...which is basically the same level that's been achieved in Germany and a bit better than what we've done in Canada (37K per million).

I think it goes without saying that on a national basis, for a second wave to come the initial wave has to end first and this one hasn't yet....maybe this will just become something on-going that we'll have to simply deal with as some epidemiologists and infectious disease experts are suggesting is possible...

Rumours this morning about putting Pompeo in charge. That will help. Is that 'Nearer My God to Thee' I hear ?


Gordie, from what I've read it's not a "stop/start" affair. Waves have peaks and troughs, highs and lows. One wave ends when it stops declining and the next wave begins when the infection rates shoot up again.

We've fought this thing quite well out here but I haven't met anyone who claims it's over or that we're out of the weeds. There will be more cases during the summer. If we're diligent perhaps we can keep that to a trickle but there's no certainty on that either. No one is getting smug but, beyond the chronic hypochondriacs, no one is despairing either.

If there is a magic bullet it will be in the form of a vaccine but until then we're all at risk and working hard to manage that risk. My parents taught me that sort of approach was just sensible.


Pompeo? Interesting but with the election a bit over five months away would Trump want to be seen as less than totally in charge?