Are We Collectively "Holding Our Breath"? 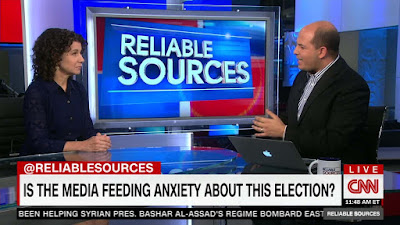 The American elections are barely five weeks off and the tension is palpable. People are on edge, worried about what lies in store for the United States and the rest of the world after the ballots are counted.

There's even a name for it, "election stress disorder" and several web sites have posted articles on how to cope.

Here are a few: Psychology Today, Healthline, Discovery Mood, SCLHealth (Sisters of Charity, Leavenworth), EverydayHealth, and many others.

Lots of tips such as avoiding social media, only getting campaign news from credible media, maintain friendships that cross party lines, getting lots of exercise, eating well, lots of orange juice, laugh with friends, turn off your damned phone, more orange juice, ice packs (with or without orange juice), meditation, yoga and, if you can squeeze it in, a lovely glass of orange juice.  Not recommended: flooding Government of Canada web sites to see when you can punch out.

HealthJournal even suggests how to cope with PESD, Post Election Stress Disorder, the electoral form of PTSD. Apparently PESD became a thing after Trump took the presidency in 2016.

Yes, at least some of us are. It gets particularly bad when I do something foolish and pay attention to what trump is doing. Whatever happens in the US inevitably crosses our border in some form.

We like to think that Trump is mentally defective. It sort of helps us to understand. But. are we right? Occasionally I indulge myself and posit that Trump is very smart and quite sane and what we are witnessing is an act. That scares me silly.

My my, the Americans sure do take themselves seriously!
Their self importance is beyond ridicule.
As George Carlin said.
Americans are living the dream , for you have to be asleep to believe it.

I wonder if this hasn't played a role in the relative dormancy of ProgBlog lately. There's a dearth of posting these days.

It's turned out to be such a bad dream, TB.