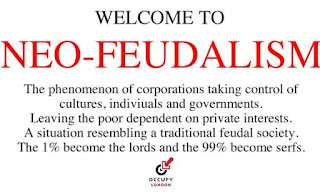 It is said that America has never been as deeply divided, across so many fault lines, since the Civil War. Social cohesion is broken, perhaps irreparably. Chris Hedges maintains that the pot of unrest that could tip into revolt is almost at the boiling point.

In 2018, The Economist Intelligence Unit conducted a survey of global democracy that concluded less than 5 per cent of humanity live in a "true democracy."  Americans are not in that 5 per cent.

The very notion of America as a democracy is a myth. The United States was established as a Republic, not as a democracy, in which an elite was intended to rule over ordinary citizens. Only much later were the public fed the line about "government of the people, by the people, for the people." Unfortunately history has not borne that out.

In 2012, Live Science posted an analysis that claimed the United States has a 50-year revolutionary cycle.  Not knowing of the rise of Donald Trump the article predicted 2020 as the expected year of the next upheaval.

...Turchin explained that a surge of violence begins in the same way as a forest fire: explosively. After a period of escalation followed by sustained violence, citizens begin to "yearn for the return of stability and an end to fighting," he wrote in his paper. The prevailing social mood swings toward stifling the violence at all costs, and those who directly experienced the civil violence maintain the peace for about a human generation — 20 or 30 years. But the stability doesn't last.

As we emerged from the 20th century, many academics foresaw the 21st would be a century of revolution. Few, however, imagined that the United States could be among the nations swept up in it.


Setting aside prospects about revolutions, even the utopianism of the 19th century socialists (e.g. those of Owenites, Saint-Simonians, Fourierists) has vanished from the political imagination of the Global Left. It seems that efforts aiming at re-establishing the mid-20th century welfare states — which had provided some security to parts of the working class population in Global North at the expense of exclusion of billions of people in the Global South — has replaced both the utopian and revolutionary visions. That is why today it is much easier to imagine the end of the world than to imagine the end of capitalism and the existing world political order.

America is riven. Its government is detached from its people. Political capture begat regulatory capture and now, with Trump at the helm, even judicial capture is in place.

Political capture meant that regulated industries could stack regulating boards and bodies with their own representatives, giving them direct control over some vital governmental powers. What started with establishing influence progressed into control of some powerful bodies.
Throwing Trump out of office is not going to remedy these ills. They existed before he decided to seek the Republican nomination. It's no surprise that the private interest influence and control has consolidated under Trump's administration.

These are the conditions that attack the immune system of liberal democracies that, around the world, are in retreat and, in some cases, succumbing to authoritarian rule.

What we're experiencing, what we're witnessing, these things are not new. Theodore Roosevelt spoke of them more than a century ago.

...now the great special business interests too often control and corrupt the men and methods of government for their own profit. We must drive the special interests out of politics. That is one of our tasks to-day. Every special interest is entitled to justice — full, fair, and complete — and, now, mind you, if there were any attempt by mob-violence to plunder and work harm to the special interest, whatever it may be, that I most dislike, and the wealthy man, whomsoever he may be, for whom I have the greatest contempt, I would fight for him, and you would if you were worth your salt. He should have justice. For every special interest is entitled to justice, but not one is entitled to a vote in Congress, to a voice on the bench, or to representation in any public office. The Constitution guarantees protection to property, and we must make that promise good. But it does not give the right of suffrage to any corporation.

...There can be no effective control of corporations while their political activity remains. To put an end to it will be neither a short nor an easy task, but it can be done.

Then there's the climate crisis. This is going to be difficult for every nation, every society to bear. For some it will be impossible. For countries as riven as the United States, climate emergency impacts could be the match that lights the fuse. The government is rotten. The society has rotted out and descended into tribalism. Something has to give and so it shall.
Posted by The Mound of Sound at 11:19 AM