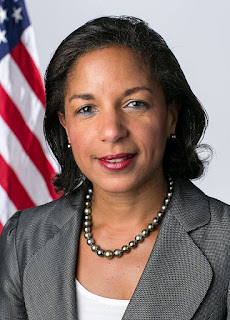 Former US National Security Advisor, Susan B. Rice, writes in The New York Times that America today finds itself facing many threats but, in her view, the worst of all is social division, the breakdown of social cohesion, which magnifies the others.

According to the recently released, highly respected Chicago Council Survey of American Public Opinion and U.S. Foreign Policy, most Americans embrace this expanded conception of national security. Americans rank the top seven critical threats to U.S. vital interests as: 1) the Covid-19 pandemic; 2) domestic violent extremism; 3) China; 4) global economic downturn; 5) political polarization; 6) international terrorism; 7) foreign interference in U.S. elections. Each is properly conceived as a national security threat, and at this extraordinary time, we are contending with almost all of them simultaneously.

I have long viewed domestic division as our greatest national security vulnerability. Political polarization is a “force multiplier” that worsens other threats and cripples our ability to combat them. Stoked by leaders who profit from divisive politics, our polarization prevents us from effectively confronting vital challenges, from the pandemic and its economic consequences to climate change; from the rise of white supremacist groups, which account for the bulk of domestic terrorism, to reforming our immigration system.

Our own fissures also create easy openings for Russia to inflame Americans’ fears of one another and to erode our faith in democracy by using social media to spread disinformation and sow distrust. Further, Russian electoral interference flourishes when the American president and members of his party invite foreign assistance for their political advantage, while thwarting intelligence community efforts to illuminate and deter external involvement.

Finally, our divisions provide kindling for conflict in an election year when President Trump daily tosses gasoline and matches on the bone-dry tinder of American politics.

For Rice, the last straw is the GOP Senate vowing to confirm Trump's nominee to the US Supreme Court even before she has been announced.

Mr. Trump and his party are happy to ignite the ire of many Americans, a majority of whom oppose this brazenly hypocritical and illegitimate move. Thereafter, Democrats, should they be victorious at the polls, would find it exceedingly difficult not to jettison the filibuster and change the Supreme Court’s composition.

The only way now to salvage what remains of the Senate’s integrity and the sanctity of the Supreme Court is for at least four Republican senators to insist that the legitimate winner of the presidential election nominate the new justice and that the next Senate decide on her — a vanishing possibility.

That leaves the rest of us to protect our democracy, preserve our national unity and defend our national security by voting overwhelmingly to banish all those who seek to deceive and divide us in their ruthless, reckless bids for power.

Susan Rice is one of those astonishingly accomplished individuals we so rarely see drawn to public service these days. Trump is one of those people who seeks to promote and thereby exploit social division among the American people which worsens the many threats, domestic and foreign, that weaken the American state.

She has a point but I am disappointed that the climate crisis is not on the list to threats.

I agree, Toby, but Americans are overwhelmed with crises today and I expect that's why they focus on the immediate threats.