The Bats in Donald Trump's Belfry 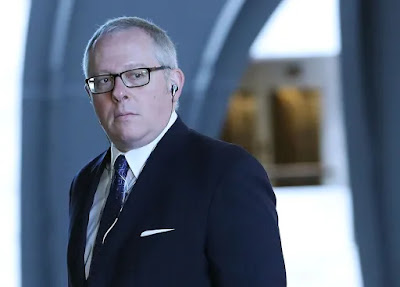 There are many bats in Donald Trump's belfry, some perhaps even more deranged than the lunatic in chief himself. Trump has the loosest connection with reality. At times it rivals his tenuous relationship with truth. He combines malignant narcissisms with the instincts of a compulsive grifter, a sneak thief.

Trump attracts a cadre of equally mangy types - guys like Stone, Manafort, Flynn, Barr and Cohen and his White House cadre of accomplished liars and miscreants. To work for Trump while retaining some vestige of integrity and honour is to enjoy a very abbreviated tenure.

Which brings us to Trump's former campaign aid and now Health and Human Services fixer, Michael Caputo. This character was a ne'er do well from adolescence. He was eventually mentored by Roger Stone and Paul Manafort and, yes, he lived in Russia for a while.

Caputo recently was revealed as having interceded with the Centres for Disease Control to fudge the Covid-19 numbers so they might look less damaging to the Fuhrer.

Being outed may have led to what the Washington Post describes as an "insane rant" delivered Sunday via a live video talk on Caputo's  Facebook page.


Caputo, who is playing a leading role in dictating the administration’s public communications about the coronavirus pandemic, suggested that “deep state” scientists are shaping their handling of coronavirus around the deliberate goal of not allowing “America to get well, not until after Joe Biden is president.”

And Caputo, who admitted that his “mental health has definitely failed,” also referred to leftist “hit squads being trained all over the country,” who will enter into a shooting war to depose President Trump after he’s reelected, and advised his supporters to prepare.

Everyone is understandably aghast at all this. But how far afield is it from what we hear regularly from that guy who happens to be the president of the United States?

Trump and his top officials constantly exhort Trump supporters to believe that, broadly speaking, the political opposition is operating via fundamentally illegitimate means and that it poses an existential threat to the very possibility of civil society itself, a claim Attorney General William P. Barr also made during a major speech.

Meanwhile, Trump is simultaneously telling his supporters to believe there is no fashion in which our political system can deliver a verdict removing him from power that is legitimate — that there is no lawful or licit manner in which the political opposition can prevail.

.. Caputo is new to me.. but looking down his backtrail is bizarro. In the strange radioactive glow of Trumplandia and the current GOP he fits right in. Anyone in conversation with Alex Jones, Sean Hannity or Tucker Carson needs to be regarded as lunatic fringe.. these are not normal or sane people.. rather they're as diseased as Trump, Mitch McConnell and Lindsay Graham.. or a Huckabee Sanders. Its quite remarkable what toxic smegma is oozing around the White House

At the height of the Mueller investigations he would regularly appear on MSNBC panels as a 'person of interest.' He would show up all in a lather, worried about Mueller but, at the same time, enjoying his moment in the limelight. Something of an asshole then and now.