Hedges - Getting Rid of Trump Won't Fix America. The U.S. Is Too Broken. 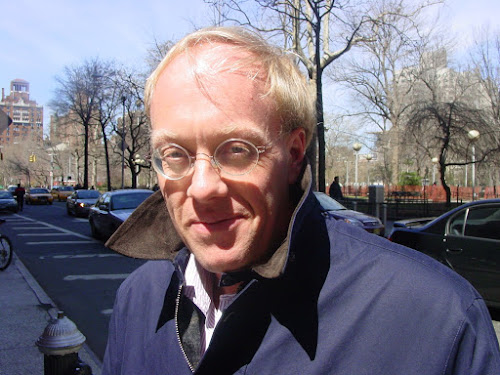 To Chris Hedges, whether Trump loses or wins the election in November is a matter of bad or worse.

If Trump wins, then I think you will see a very naked and frightening authoritarianism. Trump already functions for his followers as a cult leader. And remember, Trump gets a lot of money from the oligarchs because he carries water for them.

The American political system before Trump took office was a kleptocracy, but now you will see just wanton, undisguised pillage, which I think is already pretty evident within the Trump White House given the personal enrichment that he and his family have made off of the office and his catering to his fellow billionaire class without any kind of restraint.

Hedges believes a win by Biden, while preferable to a Trump re-election, won't fix a nation that's already beyond repair.

The militarized police that terrorize people in poor neighbourhoods aren't going away. The endless wars, they're not going to end. The bloated military budget we just saw passed is not going to be reduced. The world's largest prison system — 2.3 million people incarcerated with four per cent of the world's population, we hold 25 per cent of the world's prison population — that will remain, along with militarized police, which are the two bulwarks of social control.

The manufacturing jobs are not going to return, the social inequality is already growing exponentially, the for-profit health-care system, which are huge donors to the Biden campaign, will continue to gouge the public and price millions of people out of the health-care system.

The language of hate and bigotry has already been normalized as the primary form of communications. So I think that what has happened in the United States is not solvable by an election, and my last book, America: The Farewell Tour, which comes out of (French sociologist Émile) Durkheim’s great work on his book on suicide, where Durkheim examined what drove individuals and societies to carry out acts of self-destruction and self-annihilation. And that's where you get his term “anomie.” Anomie is a rupturing of those social bonds, the bonds that give individuals a sense of having a place in a collective, in being engaged in a project that's bigger than the self.

And you find that once you consider yourself part of this collective and valued by this collective, you express it through rituals, elections, democratic participation, patriotism, all these shared national beliefs. And these bonds, as Durkeim writes, provide meaning, they give a sense of purpose, they give status, they give dignity. In essence, they offer psychological protection from the meaningless that comes with being isolated and abandoned, as well as impending mortality. And once you break these bonds, you push individuals and societies into very deep and self-destructive psychological distress. And that is writ large across the United States.

The self-destructive pathologies of opioid addiction, gambling, suicide, sexual sadism — the rise of armed white hate groups. Durkheim wrote that people who seek the annihilation of others, are driven by desires for self-annihilation, nihilistic mass shootings — this is all a product of this anomie, as is our political dysfunction. And that's not going away with Biden.

America is a failed state, and it is what the political philosopher Sheldon Wolin calls the “system of inverted totalitarianism.” And by that he means it's not a classical totalitarian society like fascist Germany or Stalinism, it's more like the end of the Roman Republic where you still have the old language, the old institutions, the old iconography and symbols, but they're rendered meaningless. Even under Nero and Caligula there was still a Senate.

So America has long been a failed state, and I've written book after book — Death of the Liberal Class, Empire of Illusion, Days of Destruction, Days of Revolt — which were all reported all over the country essentially talking about the dangers of where we're headed. And, of course, now we're there.

I guess that I am in the company of Hedges, not that I always agree with him.
What Hedges notes i wish for is the only difference.
Toby's link from the Business Insider showing the diversity of the US shows that as with the USSR and the EU a too central government is likely to fail.
Possibly we have go back to auto pact days and basic trade and barter on individual products whilst still retaining freedom of movement of labour?

"Hedges believes a win by Biden, while preferable to a Trump re-election, won't fix a nation that's already beyond repair."