Not Even One? Biodiversity Targets Unmet. 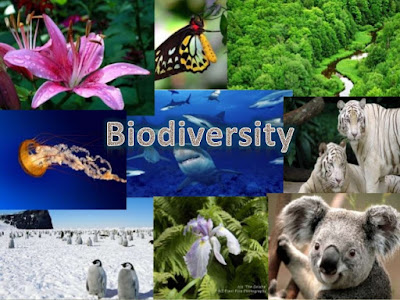 In 2010 the world community agreed that action was urgently needed to slow the loss of biodiversity, a growing risk to humanity itself.  Following meetings in Aichi, Japan, 20 targets were identified for action over the following decade. It was declared the "United Nations Decade on Biodiversity," 2011-2020.


The Decade is to be succeeded by the Post-2020 Biodiversity Framework, which is itself a stepping stone to the 2050 Vision of "Living in harmony with nature", which envisages that "By 2050, biodiversity is valued, conserved, restored and wisely used, maintaining ecosystem services, sustaining a healthy planet and delivering benefits essential for all people."

Here we are ten years later and not one of those targets has been met. There has been some progress but "some" takes on a different context when time is a critical factor. We do not have the luxury of time.


The Global Biodiversity Outlook 5, published before a key UN summit on the issue later this month, found that despite progress in some areas, natural habitats have continued to disappear, vast numbers of species remain threatened by extinction from human activities, and $500bn (£388bn) of environmentally damaging government subsidies have not been eliminated.

Six targets have been partially achieved, including those on protected areas and invasive species. While governments did not manage to protect 17% of terrestrial and inland water areas and 10% of marine habitats, 44% of vital biodiverse areas are now under protection, an increase from 29% in 2000. About 200 successful eradications of invasive species on islands have also taken place.

The UN said the natural world was deteriorating and failure to act could undermine the goals of the Paris agreement on the climate crisis and the sustainable development goals.

The UN’s biodiversity head, Elizabeth Maruma Mrema, said humanity was at a crossroads that would decide how future generations experience the natural world.

“Earth’s living systems as a whole are being compromised. And the more humanity exploits nature in unsustainable ways and undermines its contributions to people, the more we undermine our own wellbeing, security and prosperity,” she said.

Biodiversity is a relatively new concept and there is some variation in how it is defined. In its simplest form biodiversity is the variety and variability of life on Earth - all life whether animal, plant, fungal; from single cell organisms, microbes and spores to blue whales, the lot.

Biodiversity takes a real hammering in the course of mass extinction events (five so far and counting) and can take millions of years to recover, usually with the evolution of new species.  While biodiversity is, on balance, beneficial to humans, humanity has done few favours to biodiversity. There's even a term for it, the Holocene Extinction now being continued as the Anthropocene Extinction.  We've only gotten really good at it over the past few centuries.

So, what's it going to be? Death by good intentions and half-measures? That's the course we're on. These are existential threats. At the risk of appearing uncritical of Winston Churchill, I keep coming back to his observation on grave emergencies. "Sometimes it is not enough that we do our best. Sometimes we must do what is required."  We don't believe that any more, do we?