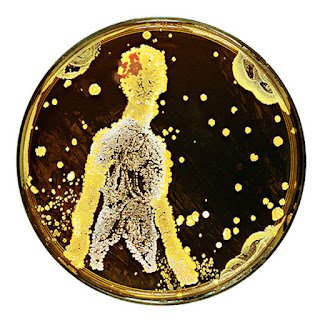 How did it come to this? How did humanity become so homogenized?

In his new book, "Commanding Hope," director of the Cascade Institute at Royal Roads, Victoria, Thomas Homer-Dixon looks at the evolution of a profoundly global civilization that reaches into almost every corner of the world and powerfully binds us together.

Globalism, the economic arm of the neoliberal order, has done amazing things over the past four decades. Lifting half a billion Chinese out of poverty is, by any measure, an amazing feat. The rise of China's and India's affluent "consumer" classes could not have occurred absent globalism. Africa is poised to be the next continent to experience the sweep of globalism. Many Africans look forward to it with eager anticipation.

THD points out that one hallmark of any civilization, a common language, has already been implemented. We may still speak different tongues but we all speak the language of commerce and we uphold its values so essential to maintaining insanely long supply chains and free trade between nations that once seemed to have very little in common.

The author points out that, while we have reaped many of the rewards of globalism, this new economic civilization has come at considerable cost. The glue that most binds us together is our delusional faith in growth as the tonic that heals whatever ails us. The rise of this global civilization has been anchored in devotion to growth. But it's a very selective ideology that requires blinders.

I've written of this before. I was doing an online course in global food security. One of the reading assignments was a portion of a paper written by three 'leading' Chinese economists. It caught my attention and so I chose to read the paper in its entirety. What I found most interesting was a discussion on unmeetable aspirations.

These economists praised China for lifting hundreds of millions out of poverty but asked if that might not backfire. It's one thing to bring hundreds of millions into working class standards of living but what most really wanted was their own version of the "American dream." They were all at home, with the luxury of free time, watching their flatscreen TVs, awestruck at American affluence depicted in our movies.  They yearned for that same standard of living.

The authors of the paper identified a fundamental problem. Where on our finite planet would they find the resources - the capital, the energy, the raw materials - required to produce that level of affluence for the expectant hundreds of millions of Chinese just beginning to climb the social ladder? And not just China but what about India and smaller Asian nations? What about Africa where the globalism revolution was poised to take off next?

They foresaw that this quest for growth so long denied could destabilize even the most powerful nations. How does government tell its people that the resources don't exist, that the Western nations got there first? How does that government explain that there is already a class of affluent Chinese - highly educated, technologically and entrepreneurially advanced, massively prosperous - that had to be accommodated to the exclusion of the masses? How do you get them to accept that they missed out, that the ship of affluence has already sailed? Their conclusion was that the government would probably have to use force, repression. And what about the neighbours?

India and China are the most obvious examples of this socio-economic dilemma. Both face potentially destabilizing social unrest. Both are rivals. Both share a common and contested border with army units squaring off against each other and periodically skirmishing. Both are under authoritarian rule (in China's case, totalitarian). Both face enormous environmental threats including the gamut of climate change impacts, food and water insecurity. Both have nuclear arsenals and are developing 'blue water' navies. What could possibly go wrong?

THD sees the global civilization held together by WITs - worldviews, institutions and technology. Depending on how these shared dynamics operate they can be bonds or shackles. Homer-Dixon discussed this in remarks he made in July at the Cascade Institute, Royal Roads.

Societies are organized around cohesive sets of worldviews, institutions, and technologies, which we call “WITs.” Within each WIT, the three components are tightly interdependent: they influence each other, depend on each other, and usually hang together in a cohesive way. For example, a prominent part of our Western worldview is a commitment to personal freedom and independence. This commitment supports and is supported by our institution of (partially) free economic markets. The commitment to freedom also reinforces—and is reinforced by—the technology of private cars, which allow for extraordinary personal mobility, by historical standards. The tight links among these three WIT components mean, among other things, that policymakers will find it hard to reduce use of private cars or, more profoundly, change the way markets operate without addressing people’s beliefs and emotions about their personal freedom.

In everyday terms, humanity’s beliefs and values today are too narcissistic, its political systems too hidebound and short-sighted, its economies too rapacious, and its technologies too dirty for a small, crowded planet with widening social inequalities and fraying natural systems. It looks increasingly likely that our societies’ prevailing worldviews, institutions, and technologies will eventually lose the unforgiving evolutionary contest to other WITs that are better adapted to humanity’s evermore extreme circumstances.

The pandemic has been a brutal shock to many people’s core beliefs about their responsibilities to others, the appropriate role of government, the fairness of extreme social and economic inequality, the value of scientific and technical expertise, ethical relations between humans and nature, and (perhaps most importantly) human beings’ interdependence and shared identity at the planetary level. Humanity will not address the COVID-19 challenge effectively if people retreat into tribal identities and wall themselves off from each other. The pandemic is a collective problem that requires global collective action—as do other critical global problems such as climate change.

Indeed, the pandemic appears to have put humanity on a cusp between two dramatically different worldview pathways into the future—one of solidarity and another of division. Along the solidarity pathway, astute social leaders could frame the problem in ways that catalyze an urgently needed tipping event in humanity’s collective moral values, priorities and sense of self and community, reminding us of our common fate on a small, crowded planet with dwindling resources and fraying natural systems. Along the division pathway, leaders could instead promote powerful ideologies of exclusion and antagonism to deepen differences between groups and turn them against each other. Some populists are already blaming outsiders and other nations for the pandemic and stoking rising anger against governments and public health officials who are advocating measures to suppress the pandemic.

In his book, THD argues that the era of growth no longer answers society's needs. He points out that, even at a modest growth rate of three per cent, the global economy by 2100 would be ten times greater than it is today. Even if we achieved truly heroic cuts in greenhouse gas emissions growth of that magnitude would still see those emissions doubled. In a world already plagued with early-onset impacts of climate change, collapsing biodiversity and dwindling resources, what we've come to accept as modest growth would produce a global ecology incapable of feeding humanity, triggering widespread political unrest and, hence, killing growth. Growth will kill growth although in the most horrible fashion.

When it comes to growth, Homer-Dixon gives us two choices - either it ends voluntarily, by shifting the global economy into a new, non-growth paradigm, or it ends involuntarily, "probably with social catastrophe in its wake."

Connectivity and Uniformity, the shared language of the global civilization:

The rise of the global civilization has been driven by connectivity and uniformity. Even if two individuals on opposite sides of the world can't speak a word of each other's language it doesn't matter. They can still communicate instantly, effortlessly and accurately. Technology conquers what once were nearly insurmountable divides. We're linked to the point of sometimes being interchangeable,

We're also connected economically through our institutions both global, the World Bank, WTO, etc., and domestically by linked exchanges and policies. A bank in Beijing operates in lockstep with banks in New York or Rio de Janeiro, connected by shared policies and standards.

Connectivity leads to uniformity in design, manufacture even agriculture. We settle on standards whether we're trading in baby food, toothpaste or soya beans. Connectivity and uniformity become mutually-reinforcing. Goods get shipped, the economy grows, the world prospers, what's not to like?

We're so swept up in growth that we fail to recognize connectivity and uniformity can be a double-edged sword.

Perhaps someone comes up with a genetic model for corn that produces greatly improved yields. That strain of corn begins to dominate farm fields in the West, then Asia, South America and, ultimately, Africa. The world loves this stuff. So too do the pests and diseases that evolve to attack the plant and, because every field has the same crop, they spread rapidly through the region, like plagues of locusts.

Or let's say some fellow in a distant city few have even heard of, let's call it Wuhan, contracts a highly-transmissible virus that hopped from animals to humans, passing it on to a cluster of people in his vicinity, some of whom get on airplanes to carry the disease to the far corners of the world. Bingo, contagion. People begin turning up sick, hospitals are overwhelmed, governments send their people and their economies into lockdown for a couple of years while Big Pharma scrambles to find a vaccine.

At what point do the bonds that propel the global civilization and its burgeoning economy become our shackles?  At what point do we get cut by the double edged sword we wield so carelessly? Should we become a bit more astute about globalization, identifying the good and abandoning the bad even if that costs the unbridled free market economy?

This Human Petri Dish doesn't seem to be working out too well.