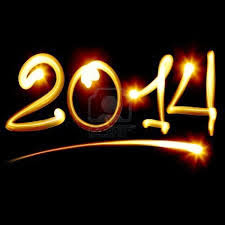 I have never been happier to see a year pass more than 2013.  It's just been one goddamned thing after another.

2014.  I'm hopeful that this is the year that marks the beginning of the end of three decades of neo-conservative/neo-liberal madness.  That Occupy Wall Street thing?  That was just practice.  2014 is our chance to usher in something far better to reset our collective, moral compass.

Read what Gartner Research wrote.  It starts in 2014 and it may go on until 2020 but we're going to find another way because we don't have a choice.  The question is whether we'll see that it's done on our terms, for us and our kids and our grandkids.  That's our responsibility.  That's our job and we're going to have to stand up to make that happen.

So, if you've already quit smoking, make this your New Year's resolution.  Make 2014 the year that we stop putting up with this crap.

To all you post-middle age rockers and bikers out there, you can thank me later.

BTW I've been over your way the last several days. You weren't at The Shady Rest listening to Lazy Mike and the Rockin' Recliners on Saturday night by chance were you? :-)

Why didn't you tell me? And that's my favourite watering hole. Damn!

You're a great steadfast Canadian exemplar ..
.. and one of the true 'glowing hearts'

the salamanders have spoken ..

Nice to see that Mick and the Boys can still kick it clear out of the goddamn park.

Damn straight, TMN. Half a century of perfecting the art of perfection in rock & roll. This year, maybe next, the year after possibly, one of them is surely going to go down. I can't imagine how that's going to feel.

Keep yer ass under ya !

I'll let you know next time.