The Most Deadly Line in the World?

BBC News online has posted the original  Sykes-Picot map of the Middle East delineating how Britain and France would share the territory as spoils of WWI. Part A was to be French, Part B was Britain's. 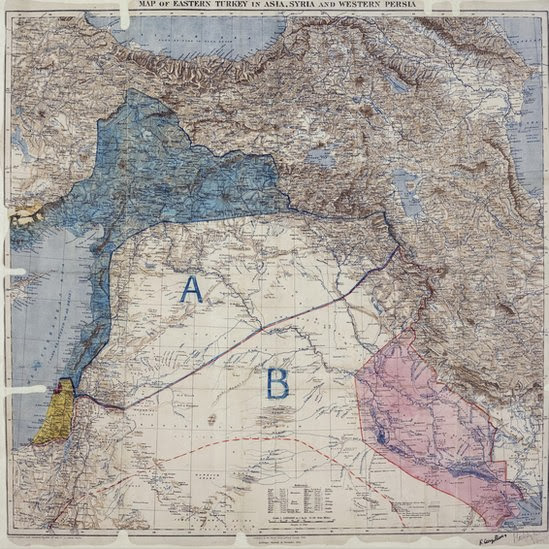 The secret deal was a betrayal of Britain's pledge to the Arab tribes that, if they aided the allies by rebelling against the Ottomans they would have independence after the war.

Sects and tribes that had lived separately from each other for centuries found themselves bundled together to suit European convenience, giving rise to tensions that still boil over to this day.
Posted by The Mound of Sound at 3:35 PM