Settling for Less for More. Ode to the F-35 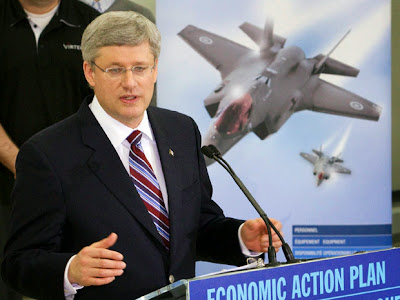 Leaders of smaller air forces are worried that they could be priced out of flying fighter aircraft by rising acquisition and operational costs, and countries that once fielded large forces are recognizing that they cannot cover all their historic missions as they switch to the Joint Strike Fighter (JSF).

That program's leaders admit that the F-35's projected operational costs are not affordable—while promising to bring them down—but one major U.S. contractor has broken ranks and challenged the value of the Pentagon's huge investment in radar cross-section (RCS) reduction, the JSF's dominant technology.

Much of the U.S. defense community “has lost sight of reality” as to what stealth means, a Raytheon executive told the Defense IQ International Fighter Conference here this month. Michael Garcia, the company's senior business development manager for active, electronically scanned (AESA) radars, suggested that longer-range sensors and weapons and electronic attack should be considered part of stealth, rather than placing complete reliance on RCS.

“The level of RCS has not been improving,” Garcia said, and it cannot be greatly improved through an aircraft's life. “It is time-stamped with whatever date it came out of the factory. There has been a revolution in detection” of low-RCS targets, meanwhile, he added, citing the Russian development of an operational, mobile VHF AESA radar (AW&ST Sept. 2, p. 28) and resurgent interest in infrared search-and-track systems. “Conventional stealth is vulnerable to low-band detection,” Garcia said.

“And the 'fifth-generation' scenario has become outdated over the past five years.” He mentioned contrails and visible vortices as signatures that are not affected by RCS reduction. Other analysts have noted the dense wingtip vortex trails visible in many inflight photos of F-35s.

In a nutshell, we're being corralled into buying an overpriced and small force of aircraft for which the sole cost justification "has become outdated over the past five years."   Canada has legitimate defence needs especially now as the Arctic is opening up to expanded military presence.  We need an ability to defend our airspace across our vast, unpopulated territory.  We have to decide whether to maintain a credible, defensive force within Canada or abandon that in order to join America's aerial Foreign Legion.  We simply can't do both.
Posted by The Mound of Sound at 2:06 PM

I've been hanging on to this link until something came up relating to warplanes. Seems the Americans, not satisfied with the level of inefficiency they've reached, now want to get rid of the A-10:

Keep the plane get rid of the DU