Four suicides in as many days.  You really don't need to know more than that to grasp how badly our government has failed the men and women it sent into fight a useless war in the heartland of the Great Game, Afghanistan.

Think it wasn't a useless war?  Guess who has suddenly become Hamid Karzai supporters?  The Taliban, that's who.  Yes, that's the very same bunch we were supposed to annihilate on behalf of Karzai and in defence of democracy and human rights for the Afghan people.  That Taliban.

Fighting an insurgency is tough on western soldiers.   Vietnam supposedly taught that lesson to the Americans - at least until Bush, Cheney, Rumsfeld and their coven of neo-con Chickenhawks rolled into Washington. 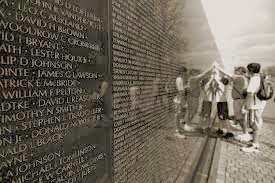 Fighting a losing war against an insurgency is even tougher.   The Vietnam Memorial in Washington contains the names of all those Americans who died in that war.   There are more than 50,000 names dutifully inscribed on those panels.  What you won't see are the names of the more than 50,000 American veterans who took their own lives after that war.   They're every bit as dead and from the same war but, well...

Harper wrung every last drop of political capital he could squeeze out of the broken bodies of our dead and wounded soldiers but the word 'Afghanistan' never crosses his lips any more.  He'd far sooner revel in the fictional glory of the war of 1812 and, besides, he has to get the bunting out for next year's centennial of the Great War.

Romeo Dallaire crashed his car into a stanchion on Parliament Hill.  He said he nodded off from sheer fatigue, having been unable to sleep because of these soldier suicides.  At least somebody cares.
Posted by The Mound of Sound at 1:44 PM