Has Britain Joined the Club of Developing Nations? 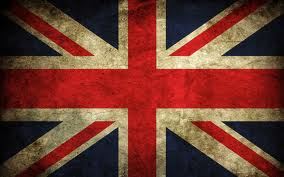 Most of us growing up were taught that the Western world was Master of the Universe.  We had that undefined something that nurtured democratic civilization, science and industry of a standard the rest of the world could only envy.   There were highly destructive wars, sure, but we bounced back.  The harder you were hit, it seemed, the grander the "economic miracle" that followed.  Even wobbly old Britain only needed a touch of Maggie Thatcher's lash to hit the reset button.

Germany remains Europe's powerhouse.   Norway vexes on just what to do with its trillion-dollar, sovereign wealth fund, the world's largest.  France muddles along.  But what about the land that Thatcher built, Great Britain?

Britain, it seems, has succumbed to the scourge of inequality, and perhaps should stand as an object lesson to the rest of us where this social disease is also taking hold.

The Guardian's Aditya Chakrabortty traces how Britain has become a 'developing country.'

Start with last week's Pisa educational yardsticks, which show British teenagers trailing their Vietnamese counterparts at science, and behind the Macanese at maths. Or look at this year's World Economic Forum (WEF) competitiveness survey of 148 countries, which ranks British roads below Chile's, and our ground-transport system worse than that of Barbados.

Britain's economy is no longer zooming along unchallenged in the fast lane, but an increasingly clapped-out motor regularly overtaken by Asian Tigers such as South Korea and Taiwan.

Gender equality? The WEF ranks us behind Nicaragua and Lesotho. Investment by business? The Economist thinks we are struggling to keep up with Mali.

Let me put it more broadly, Britain is a rich country accruing many of the stereotypical bad habits of a developing country.

He illustrates his point by looking at graphene, a form of graphite with astonishing properties.  The British government channeled money into its development only to see a horde of other countries capitalize on it.

One university physicist described how this was part of a familiar pattern of generating innovations for the rest of the world to capitalise on, then sighed: "One day, we'll stop thinking of ourselves as a major economic power, and realise we're more like South Korea in the early 60s." South Korea, by way of comparison, has already put in over 20 times as many graphene patents as the country that discovered it.

How can any nation that came up with the BBC and the NHS be considered in the same breath as India or China? Let me refer you to one of the first lines of The Great Indian Novel by Shashi Tharoor, in which a wise old man warns International Monetary Fund officials and foreign dignatories: "India is not, as people keep calling it, an underdeveloped country, but rather, in the context of its history and cultural heritage, a highly developed one in an advanced state of decay."

Stop thinking of development as a process that only goes in one direction, or which affects a nation's people equally, and it becomes much easier to see how Britain is going backwards.

In Britain, we have become used to having our resources skimmed off by a small cadre of the international elite, who often don't feel obliged to leave much behind for our tax officials. An Africa specialist could look at the City and recognise in it a 21st-century version of a resource curse: something generating oodles of money for a tiny group of people, often foreign, yet whose demands distort the rest of the economy. Sure, Britain has iPads and broadband – but it also has oversubscribed foodbanks. And the concept of the working poor that has dominated political debate since the crash is also something straight out of development textbooks.

...when it comes to social mobility, Britain now has the worst record of all advanced countries – and will soon be overtaken by the newly rich countries of east Asia.

And it's when wealth is concentrated in too few hands that the forces of law and order get used as a militia for the elite – and peaceful dissent gets stamped upon. That's why police are now a presence on our business-friendly university campuses; it also explains why Theresa May had the front to try to deport Trenton Oldfield for disrupting a student rowing competition (sorry, the Boat Race).

This isn't a sub-Rhodesian moan about Britain going to the dogs. But as my colleague Larry Elliott said in his most recent book, Going South, the sooner we puncture our own complacency at having created a rich economy for the few, and think of ourselves as in dire need of a proper economic development plan, the better.

Canada is markedly different from Britain.  We're rich in resources, whereas Britain is not.  Yet our economy is also in need for a proper development plan.  We have become idle and dependent on notional wealth from fossil fuels, particularly the highest-cost, highest-carbon petroleum on the planet, bitumen.  Yet, as we know, even shooting for a dangerous limit on global warming will require leaving 60 to 80% of our known fossil fuel reserves safely in the ground, unpacked.  Lashing our economy to that product is not a proper development plan, anything but.    So why are we doing it?  Why are we not focusing on building other sectors of our economy?  Could it be because bitumen provides a lovely, if temporary, income stream to a few people who matter more than you and me and the whole country for that matter?

Yes. Yes, it could be for that reason.
I mean, if industry A employs X people, and industry B employs 10X people (and both have spinoff benefits), normally you would prioritize industry B in your government planning. Even if industry A didn't have huge downsides, like environmental or such.

Well, industry A is oil and gas. Industry B is manufacturing. Guess which gets the policies designed around it? Yeah, that would be because of the concentrated windfall profits industry A stuffs in the pockets of a tiny elite.

It's been shown for some time by Nikiforuk, Pembina and others that Tar Sands wealth is notional at best and leaves back-end loaded problems and costs. Governments do everything possible to create artificial profits from deferrals to grants, subsidies and tax breaks. Even then they settle for paltry royalties.

Peter Lougheed warned against doing precisely what they have been doing since Klein. They've been "pissing it all away" to quote their bumper sticker. Now 30% of Alberta's current revenues must come from these royalties. Addicts don't tend to have equal bargaining power with their suppliers.

I thought of this situation yesterday as I read a report about Norway's dilemma of how to manage their sovereign wealth fund, now approaching a trillion dollars, by far the largest in the world. It's enough to make you weep.

I was happy to read your 10:57 comment.Since 2006 I have commented upon Norway's brilliant handling of their oil profits alone. I have said it is sickning what Canada has done regarding oil revenues alone often. The Canadian government would do well to follow what Norway has done or for that matter, what Australia is doing regarding profits even though it is coal. However, many Canadians think the reason why Norway has such a tidy sum for the future is because, get this..."they are only 4 million people". That is not an excuse for Canadians to allow governments to sell Canada down the drain. Canadians ought to be receiving 80% as does Norway from its oil. Danny Williams turned the flag upside down when trying to negociate higher royalties for Newfoundland oil which is all shipped to the US and most Canadians made fun of him.

There is a malaise that sets in when governments allow themselves to become dependent on royalties from non-renewable resources.

Alberta is already running big deficits and yet 30% of the money they do spend comes from the tar sands producers.

Imagine what they're setting themselves up for if the Carbon Bubble bursts and the market for the highest-cost, highest-carbon petroleum collapses.