If They Can Call Me an Extremist, I Can Return the Favour and Call Them Terrorists. 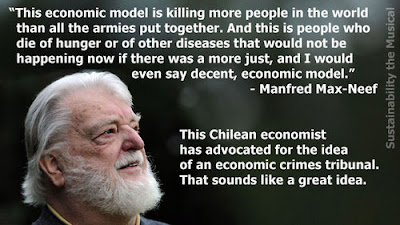 In Stevie Harper's dystopian vision of Canada, I am a dangerous extremist, a radical, a lurking eco-terrorist because I, like so many coastal British Columbians are resolved to oppose the Northern Gateway and Kinder Morgan pipeline initiatives.

But who is the real terrorist? Whose actions imperil what? Who is seeking to inflict irreparable harm on my countrymen, both today and into the future? Who is truly in service to foreign interests? 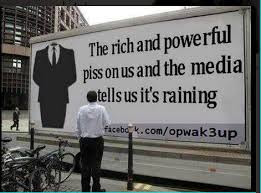 There are a great many of us opposed to bitumen trafficking as even more odious than Canada's shameful history of flogging asbestos to the Third World decades after we had outlawed its use at home. Asbestos harmed those who came into immediate contact with it, who breathed its carcinogenic fibres into their lungs. Bitumen, like other high-carbon fossil fuels, isn't that restrictive. It generates CO2 emissions that get into our atmosphere and into our oceans where it can and will wreak havoc for centuries. It is the stuff of mass extinction events and that is terrorism writ large, as large as it gets.

Terrorism is no longer confined to car bombs in markets or airplanes flown into buildings - a dozen slaughtered here, a hundred there, a few thousand over there. No, this sort of terrorism will inflict suffering on many hundreds of millions and bring death to countless hundreds of millions, perhaps billions more.  Their terrorism is nihilistic, the Butcher's Bill utterly apocalyptic.

My variety of what is smeared as dangerous radicalism is practiced in public - in spoken words, letters and demonstrations - in the exercise of the most fundamental democratic rights. No wonder they find it so alarming. 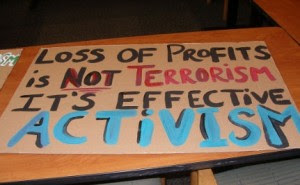 Real terrorism is covert, hidden from scrutiny. It is the sort practiced by the surveillance state in collusion with foreign corporate interests that, together, use intimidation and lawfare to suppress dissent and even send tax investigators out to cripple those who defy them. It is the corruption of the system and its regulators such as the National Energy Board that has been quietly transformed into a vassal of the fossil fuelers. It is the silent government by fiat that strips the country of every essential protection be it in the form of regulations governing safe navigation and marine habitat to gutting our Coast Guard and Fisheries monitors. You know it's terrorism when you're legitimately afraid of what it's doing to you and what lies ahead.

Be afraid.  Today's real terrorists are real and they hold the levers of power.

And any one that has been taking any notice, Mound, should be terribly afraid.....

Anything, anything at all can be handled safely. Asbestos, plutonium, Ebola, carbon compounds can all be handled safely but doing so can require such extraordinary equipment, such rigorous procedures as to be almost liturgical, that the cost, including externalities, can be prohibitive. The common response is to cheat. When it comes to coal and oil we have been cheating for so long that we think it's okay. We think it's okay for ships to dump their refuse into the sea and for cars to spew their exhaust into the air. We even think it's okay to toss plastic bottles in a ditch or burning cigarettes into the woods. As a species we are not learning fast enough that the cheating is going to kill us.

"Be afraid. Today's real terrorists are real and they hold the levers of power."

Be afraid? Really? Fear feeds directly into the power of the oligarchs, which gives them even more power. I say be as brave and courageous as you can be.