They're on the March Again. This Time Their Target is Harper. 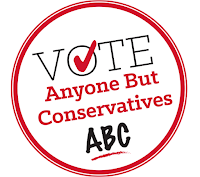 The official name is "Anyone but Conservatives ABC - Canadian Veterans Campaign 2015."

It's a group of veterans who used to fight foreign enemies but are now mobilized to take out the trash at home.

Because of the impact the Veteran ABC campaign is having online, we are coming under attack. That's to be expected because we are pointing out how the Conservative government has mistreated many Veterans.

Some of their supporters don't like to hear true stories of the Harper government’s disrespect for Veterans.

Some of the attacks are also likely coming from paid Conservative staff members (trolls) who are paid for by tax dollars! (There was a major television expose about this, noted elsewhere on our page).

We expect more untrue attacks on The ABC Facebook group. These attacks mean we are having an impact. And showing voters the true nature of the Harper Government’s treatment of our war heroes.

The group is also getting pressure apparently to throw in with the Dippers. Fortunately this flanking maneuver is falling flat.

While I applaud these Vets for their ABC campaign I'm a bit worried that Tom and Justin would undermine their voters by supporting Harper as an alternative to a left coalition.

That would be one way to massively grow Green Party support for the next election. I can't see either Mulcair (who is already under plenty of suspicion) or Trudeau (who is - hell, I don't know) surviving such a ploy.