That Whiff of Watergate 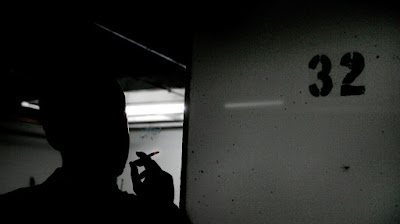 The one thing so obvious today is that when Harper's minions concocted this scheme, they had no Plan B for what to do if it blew up in their faces. I don't think they would have tried to rescue Mike Duffy if they had any inkling they could be exposed.

Who was in line to get his/her hands on a copy of Mike Duffy's email who was also sufficiently disaffected to send that bombshell to CTV?

One theory I've heard is that it was another Tory senator, one of perhaps several who might have been so inclined.

The arrival of Harper's "star" senators - Duffy and Wallin - put some noses out of joint as they eclipsed veterans who were expecting their own day in the sun. They resented the way their senate leadership and the PMO fawned over these upstarts with their big names and fancy ways. They felt passed over, forgotten, neglected.

I hope to live long enough to find out who was Harper's Deep Throat. We might have to wait a while.
Posted by The Mound of Sound at 11:00 AM

Who sent the Duffy email to CTV's Bob Fife

US NSA is always copied by default ;-)
What about a "choir boy" himself?
A..non

From testimony lately, Tkachuck, Stewart-Olson and Lebreton ass look like they had the knives ready for Duffy's back. I'm reminded of the old Wayne and Schuster Cesar sketch; cutlery all around.

I'd rule all three of them out because they're all Harper loyalists and they're all dirty in the Duffy business. Don't forget, the email pre-dated the laundering of Duffy's senate audit report by Tkachuk and Stewart-Olsen.

I have no idea who it was, Mound. But if Harper is sent packing, my guess is that all kinds of heretofore untold stories will emerge.

Duffy.
The Mound of Sound said... No, not a chance.

Why not?
Fife/CTV strong ties to uffy.
Duffy felt wronged, 'nothing to hide'

The Duffster never stuck me as the shiniest penny.

@ Owen - what a splendid thought, a chance to peek behind the curtain of the past decade.

There was no love lost between Duffy and CTV after he left. Once he was in the Senate he wasted no time showing his contempt for his former colleagues. I thought it was a stupid thing to do at the time and it was so gratuitous.

To his old journo pals, Duffy turned into a complete jerk.

Rick Salutin had an interesting column on the Duffy affair that I quite enjoyed:

Apparently Duffy sent emails to various people telling them about his deal with Nigel. This was Wrights worst nightmare. It may be someone from that group Mound. Duffy just couldn't seem to keep his mouth shut. It would be interesting to know who though.

Thanks for the link Brian. Salutin is on the money only I have it on good authority that Duffy was not the one who got to CTV and Bob Fife.

Whoever it was Mound, I'd like to thank them.