The Guardian Nails What's at Stake in Canada's Federal Election 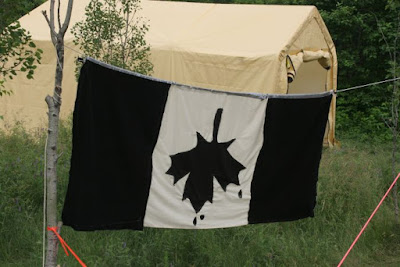 That pretty much sums up what this election means to Canadians - a chance to return to our nation's best traditions that have been trampled underfoot and maliciously sullied by the Conservatives and their leader, Stevie-Joe Harper.

Under Mr Harper, Canada has not only moved to the right in almost every area of policy but has entered an era of highly calibrated, money-driven negative campaigning at odds with the courtesy that is one of the most attractive of Canadian qualities. So the result matters, obviously for Canada itself, but also for a world that has long been missing the special role it used to play on the international scene.

Money, its uses and its abuses, runs like a thread through Mr Harper’s time in power. At the very beginning, a scandal over the diversion of government funds under the then Liberal government helped him into office in 2006. Ironically, it then turned out that his Conservative party had itself been breaking electoral laws on spending during that campaign. Forming another minority government after the 2008 election, he began dismantling Canada’s system of political party subsidies, a policy that benefits the Conservatives, who have the largest base of wealthy donors, and puts other parties, particularly the Liberals, at a financial disadvantage.

...Domestically Mr Harper has tried to move Canada away from its social democratic tradition, reducing government spending and services, privatising government agencies,cutting public health. He has gagged government scientists and civil servants, is bringing in new internal security laws, and made Canada a less open society. Internationally he has made the Canada that begged to differ (with Britain on Suez, on Vietnam with America, for example) and the Canada that was a pillar of peacekeeping and the United Nations a distant memory. And his particularly passionate identification with Israel has lost Canada the “honest broker” status that it arguably enjoyed in the Middle East in the past.

The political contest in Canada this time is particularly difficult to predict since the three big parties each have about 30% in popular support. Any of the three could end up in government, alone or in coalition. But we may be permitted to hope there is now a chance that something of the old Canada, committed to moderation and multiculturalism at home and to multilateralism and cooperation abroad, will re-emerge from the fray.

The Guardian recognizes what has happened to Canada under Harper's foul tenure, Mound. I hope sufficient numbers of our fellow citizens have come to the same understanding.

The Guardian editorial should remind us that the international community had Mr. Harper's number long ago and they remain unimpressed.

I keep wondering why Harper called this now. Does he have some inside knowledge about what Wright is going to lie about?

Much of the world has noticed the change in Canada but many Canadians are sleep walking through it and I don't know how to shake them up. Believe me, I try but they don't want to hear it.

A few days ago an acquaintance told me he will vote Conservative because Tom Mulcair is committed to removing the tax-free status of non-profits and churches. When I contested he wouldn't listen. When I searched for it all I could find is that Harper actually did cut the tax-free status from selected non-profits. I found nothing about Mulcair even suggesting it. How is it that Harper can keep making a mess and the dirt sticks to his opponents? How is it that so many slam their minds shut like steel traps? How can it be that we have come to this?

Because there are is high percentage of people in this foolish, narcissistic, shallow colony that are as dumb as week old shit on a boot.

I'm living amongst some of them right now here in Kawartha Lakes.