A Murder of Convenience? 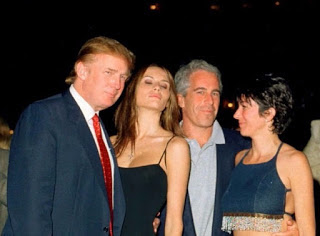 It's the stuff of conspiracy theories. Did perverted multi-millionaire, Jeffrey Epstein, really commit suicide in his jail cell or was he murdered?  Celebrity pathologist, Dr. Michael Baden, says the autopsy results point to strangulation, not hanging.

But the private pathologist, Dr. Michael Baden, said on the morning TV show “Fox & Friends” that Mr. Epstein, 66, experienced a number of injuries — among them a broken hyoid bone — that “are extremely unusual in suicidal hangings and could occur much more commonly in homicidal strangulation.”

“I think that the evidence points to homicide rather than suicide,” said Dr. Baden, who observed the autopsy done by city officials.

Dr. Baden, a former New York City medical examiner and a Fox News contributor, added, “I’ve not seen in 50 years where that occurred in a suicidal hanging case.”


What happened to the pipe wrench in the library?

Back when rope was first invented, I did a forensics class. One lecture dealt with anoxial death - hanging v. stangulation v. auto-erotic asphyxia, etc. The pathologist who gave that lecture brought along a fairly elaborate slideshow. It's actually pretty fascinating stuff - ligature marks, bone and cartilage damage and, of course, old dudes dressed in fishnets and merry widows. We were taught that the highest incidence of auto-erotic asphyxia occurred in national capitals. It seems that diplomats and senior public servants have a thing for the kink.

Mound; are you seriously suggesting that Epstein jerked off into oblivion?

My my, whatever next..

No, TB. That remark wasn't in reference to Epstein although can you rule it out?

.. oh ! I hurt myself laughing.. the comments on this posting.. scandalous ! 5:45 ayem and I laughed so hard.. the dogs began barking.. I swear, its on record, I will come back as either a marine biologist or as an anthropological pathologist. Forensics and Sherlock Holmes fascinate me a ton.. loved the recent Sherlock Hollywood films.

When Honey and Barry Sherman were found tied to their pool fence.. and Toronto's finest Homicide Division declared it a murder - suicide I laughed just as hard. I knew they were posturing as numbskulls of course. Homicide dicks aint that stupid. So Eptstein.. Note we.. (the populace) have we ever read 'he was found hanging in his cell?' Oh.. how was he found, pray tell. His hanging solution was.. .. ? .. .. Snoopy's security blanket ? Suspended by what convenient hook or fixture. What ? He leapt from his 1.5 foot raised concrete base 'bed' and mattress to.. exactly where ? Was he in his prison wardrobe closet where he kept his dress socks and shoes with no laces ?

Mound mound mound.. he hung himself with his orange coveralls while stroking his junk.. swinging from a non existant rafter.. while prison trustees on extended smoke break failed to get their 'watch clock' from their appointed rounds punched.. I csrried such a punch clock at Hillcrest max security.. and the resulting punch tape was reviewed by my supervisors who also strolled the ranges as my shift ended.. that I had patrolled.. before I was allowed to go home.. and yes.. I had a brass key coveted by any inmate.. who also begged for a book of matches or a Playboy mag.. all were solo.. not dual occupancy cel like Epstein.. some were 12 and had shot the aged owners of a candy store.. or owned a car..

Epstein had the key & likely rhe footage and audio (gasp gasp) to bring down the British aristocracy, if not the monarchy, the American crumbling ediface of Clinton, the current 'Administration' plus Hollywood.. plus plus plus.. and his bizarro paramour Ghislain Maxwell was last seen where ? The Monaco Grand Prix ??

Hell, I saw Lloyd Ruby shoot Lee Harvey Oswald live on TV sitting in the living room with my grandma.. in Black and White via our oval RCA tv.. a few days after the shots hit Kennedy .. a wicked ass sequence of shots.. i could only dream of making with a downhill moving shot.. bang bang head shots. (not that that I would ever even consider trying to analyse & attempt a simulation of a murder) I know ballistics.. they are basic physics and trajectory.. as is the hyoid bone a known bit of physiology.. or being bound to a pool fence, jointly.. hardly a murder / suicide scene..

We are as 'angry' Tom Mulcair' once said.. being taken for fools.. and likely well earned, well deserved. We are set up, groomed, and launched at Smashed In Head Buffalo Jump.. we stampede like spooked cattle on the range at midnight, spit out our cud, awake the calves & head not for the hills, but for the cliff.. amusing the First Nations.. Custer's last dance.. ? Welcome to Sitting Bull's trap..

It reminds of the old joke.. a Royal military expedition encounters a loud rude scarecrow who shouts rude things about The King.. from atop a hill.. a squad of 4 is despatched to silence the fool, over the hill they goes.. never to return. Was a Newfie shouting profane nonsense.. and a platoon of Royal Cavalry dispatched to bring the ragged vagrant to justice. The platoon went over the hill, never to return. Again came the shouting crude besmirching of King and Country.. off went the entire troop.. sounds of battle.. Finally a lone wounded trooper reappeared, dragging himself over the crest.. 'go back go back, its a trap, there's two of them !! '

"Building 7"? WTF was that? I guess I wasn't paying close enough attention.


It's an odd post, admittedly, but it is something of a commentators' paradise.

Like you, Sal, I watched Ruby take out Oswald. I still can't understand how a single shot from a .38 snub nose could kill Oswald. Then Ruby's death from cancer while he was begging Warren et al to be allowed to spill the beans, that was weird.

Epstein, who knows exactly how he died, but I'm sure there are a lot of people who are much more relaxed now that he is dead.