Enough With the "Journalist" Crap 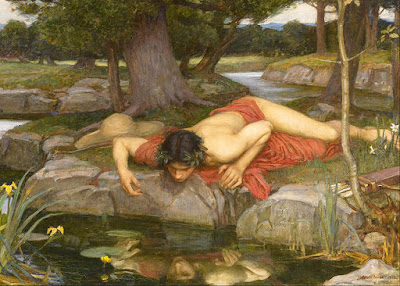 There is among us one who never hesitates to gild the lily when heaping praise on himself. You know, the "law professor" who never was.

Now he's citing journalistic ethics in defence of what is a non-stop, drive-by smear job on a certain party leader that I'm not particularly fond of either.

I thought of this fellow, the Fenian in our midst, when I got my morning email from the NYT's Dave Leonhardt. It concerned another smear job, one being waged against Elizabeth Warren in certain scurrilous corners of American journalism (whatever that is today).

Senator Warren claims she was fired decades ago from a teaching job because she was pregnant.


It is certainly true, as CBS noted, that some people have questioned Warren’s account. A story in the Washington Free Beacon, a conservative publication, did so, as did a writer for Jacobin, a socialist publication. But to say that stories have raised questions is not the same thing as saying the questions are good ones.

Over the years, people have also “raised questions” about whether the earth rotates around the sun, the moon landing happened, Communism was fatally flawed, Elvis died and Barack Obama is an American. But I wouldn’t recommend putting any of those questions in a headline.

A good rule: Whenever you see the phrase “raises questions” in a story, you should be deeply skeptical of its assertions. The phrase is a crutch that journalists too often use to make implicit accusations they can’t support.

If you carry blatant, almost rabid animus toward an individual you report on, you're not a journalist. You're a hack grinding away on his axe. And, after a while, you become a little boring. Even your late mentor, Joe Scanlon, knew there was a line. (And that, to me, seems like fair comment on a public figure.)

While we're on the topic of those who are not always what they seem, dramatic events of this week reminded me of an old fable about the scorpion and the frog.


"A scorpion asks a frog to carry him over a river. The frog is afraid of being stung, but the scorpion argues that if it did so, both would sink and the scorpion would drown. The frog then agrees, but midway across the river the scorpion does indeed sting the frog, dooming them both. When asked why, the scorpion points out that this is its nature."

The scorpion of our day has to be the ogre in the White House who taught the lesson to the Kurds in Syria by pulling American forces out overnight, clearing the way for America's ally to be attacked by Turkish strongman, Recep Erdogan.

Trump merely confirmed, quite dramatically, what the world has feared since he took office - America has no allies. It makes common cause with a few like-minded leaders - Kim Jong Un, Viktor Orban, el Sisi, Erdogan, Bolsonaro, all of them thugs - but America's historic allies are suckers if they try that river crossing.

And, like the scorpion, Trump has endangered his own country in the process. How is any nation to deal with a president so bereft of principle, so myopic, so quick to turn on those who have its back?

Forbes' Ryan Ellis put it succinctly. I have substituted "Trump" where he wrote "the government".

In Trump you will have no ally. He's no statesman. He's nobody's friend.

See Also: The Trump Doctrine - 'You play ball with me and I stick the bat up your ass.'

This isn't the first time the US has stabbed the Kurds in the back. During the Gulf War, Bush 41 called on the Kurds and Shiites to rebel against Saddam and overthrow his government. When they did, the US cut and ran, refused to enforce the no-fly zone, and left the Kurds to the tender mercies of Saddam's helicopter gunships. It's amazing that after this latest move by Trump the Kurds were reported fleeing towards a US base that they hoped would protect them.

Such is the fate of locals who align themselves too closely to an imperial power, especially one in decline.


Cap, we've been screwing the Kurds since the Treaty of Sevres in 1920. The allied powers had promised to restore the historic Kurdish homeland out of the former Ottoman empire. Then (as now) a Turk, Ataturk, got them all weak-kneed. Out went Sevres, in came the Treaty of Lausanne, and the Kurdish homeland was divvied up among a host of newly created countries including Iraq, Iran, Syria and, of course, Turkey.

The big difference today is that they're getting screwed from the other side of the Atlantic.

"If you carry blatant, almost rabid animus toward an individual you report on, you're not a journalist. You're a hack grinding away on his axe."
How very true Mound, such constant over the top hyper animosity says more about the writer than the object of his attacks IMHO.

Mound I have been thinking about that fable concerning Kinsellout lately. I heard it as a snake and a dog but the meaning is the same.The school headmaster has denied dismissal and Warnout knows it. That hasn't stopped him from reeating the lie and making worse stuff up. His desperation for a soft government job is showing.

On the 21's he will achieve what no other has done. He will have participated in an election loss of two different parties. Try to sell yourself after that.

Rural - there's a rule in his industry, public relations, about knowing your target audience. Does this joker imagine he's making inroads at Progressive Bloggers? That said, it was within the past two weeks that he self-identified as a Liberal. Quelle sorte? Is there a group of Liberal insiders scheming against the Dauphin? A palace plot? Do they want their party to lose to give JT the heave-ho?

Rumley, the fable reference pertains to Trump, at least in this piece. Your fella has been personna non grata with the Libs for a while, or so I thought.

Kinsellout is at it again - the latest of tenuous swipes at PMJT, just goes to show that this vindictive thinskinned person will never give up but
http://warrenkinsella.com/2019/10/candice-malcolm-story-on-trudeau-and-his-high-school-daze/

may try to salvage some of his reputation after the G&M fiasco of the weekend.


Ben, can you spell out that 'G&M fiasco' reference for me?

There are numerous coherent debunkings of the 'scandal' .. but astonishing numbers have followed, embellished, speculated, slandered, presumed, assumed. Its a lesson in how innuendo, like a glowing ember, can rapidly become a forest fire..

Mound
The G&M fiasco was the move prior to the last weekend where Kinsella referred a couple of times to a pending scandal about PJMT. It never happened and the G&M was forced to admit that there was no smoke. Kinsella just shrugged it off and moved on to other shit.

.. unfortunately for Kinsella, he cannot even claim to be non- partisan.. it seems more vendetta, payback.. whatever. I'm non-partisan.. and he don't fit in my camp. I do know who in no way 'fits' as PM of Canada.. But perhaps we need a bitter taste of Scheer et al.. certainly not 4 years of that perpetual welfare weenie millionaire and the Harper Reform Rump.. Its the classic conundrum.

Our electoral system and governance is screwy, archaic, outdated, essentially moribund with tired and tiresome 'tradition' .. arcane manipulations abound.. slugs or toads like Peter Van Loan found many ways to assist Stephen Harper et al, if Harper (smartest guy in the room) needed a dodge, a work around, a useful evasion, a prorogue.. or way to delay .. uh.. Endangered Species Protection, for oh, every year that prick POS Peter Kent was Minister of Environment. I know I wax repetitive re Harper OK'ing airdropping strychnine meat baits on boreal wolves & every other omniverous creature as collateral damage.. when The Courts finaly said, no more legal evasions, no more delay.. show us a plan.. to save the boreal caribou or face the consequences. Surely nobody thinks Peter Kent had the clout to 'regretfully' announce this poisoning without the dark lord's OK..

Sad to say.. We may be headed for a minority Scheer government.. (good work Justin.. snatching defeat from the jaws of victory) Perhaps a backroom deal will be struck - a no confidence.. depending on the election results. We already are seeing the toxic hand of Kenney and Ford.. why not pile the Harper ideology higher and deeper ?