There Was a Time When We Understood Democracy and What It Meant. 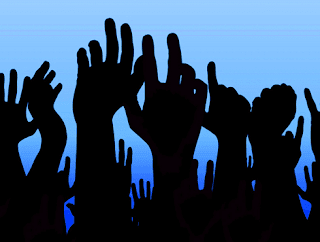 Our connection to democracy is waning. Young people, especially, are leery of it.

The alarm bells rang with a 2016 report out of Harvard by Yasha Mounk and Roberto Foa that found democracy is losing ground around the world.

People everywhere are down on democracy. Especially young people. In fact, so rampant is democratic indifference and disengagement among millennials that a shocking share of them are open to trying something new—like, say, government by military coup.

They find that, across the board, citizens of stable liberal democracies have grown jaded about their government, say Mounk and Foa—and worse.

“[T]hey have also become more cynical about the value of democracy as a political system, less hopeful that anything they do might influence public policy,” they write in a previous article on their research (pdf) published in Jul. 2016, “and more willing to express support for authoritarian alternatives.”

Okay with autocracy: Many fewer millennials in both Europe and the US object outright to military coups than their elders.

Rights, schmights: Only around a third of US millennials see civil rights as ”absolutely essential” in a democracy, compared with 41% among older Americans. In the European Union, it’s 39% and 45%, respectively.

Election optional: More than a quarter of US millennials dismiss the importance of free elections to democracy. (Though rates are overall lower in Europe, millennials also agree at higher rates than older generations.)

In 2017, Forbes asked "Are Millenials Giving Up on Democracy?"


Why are young people so disillusioned with liberal democracy? Across Europe, high youth unemployment rates (ranging from 15% to 48%) and dismal economic prospects have convinced many that the system simply isn’t working, and that new blood is needed to upend the establishment. Fringe parties have taken hold most strongly among youth in countries who feel betrayed by the EU. American Millennials, meanwhile, are fed up with a government they see as gridlocked, corrupt, and unable to solve problems.

Millennials’ skepticism of democracy is in part shaped by their location in history. As political scientists Yascha Mounk and Roberto Stefan Foa point out in The Washington Post, Millennials’ openness to illiberal alternatives may reflect the fact they “lack the direct experience of living under, or fighting against, authoritarian regimes like fascism or communism.”

It’s also rooted in a different perception of the future. The young are much more concerned than the old if leaders don’t ensure their economic security and prosperity for the long term. Democratic pluralism and neoliberal markets have worked very well to tip power to the old and reward the past—and not so well to help the aspiring young. Global Millennials are much more positive than older generations about Xi Jinping and the new China: They are more impressed by Xi’s ability to set clear national priorities and invest hugely in the future, and less bothered by his habit of crushing dissent.

The following year, Vox reported on a 'large-sample' survey that found democracy was losing its allure for the young.

Why is satisfaction with the American political system so low? And why is support for democracy lower among the young? We have a lot of hypotheses, but we can’t be certain based on these results.

Is it economic inequality and slow median income growth over decades? Is it political polarization? Is it immigration? Something else, or some combination of these? More people should direct their attention to answering these questions. Because if there is one thing history tells us, it is that when people are so dissatisfied with their political system that they look to extreme outsiders for rescue, it can end badly.

Another 2018 study reported in The Washington Post found that the allure of strongman rule, authoritarianism, was matched by a decline of support for democracy, even elections.

Just last month an article in ForeignPolicy.com warned that "Democracy is Fighting for Its Life." The gist of the article is that democracy, its support already weakened by a disaffected populace, has fallen prey to its fervent enemies, people with names such as Trump, Orban, Bolsonaro, Erdogan, le Pen, Farage and others.


American democracy faces not one, but three distinct and connected crises. There is an ongoing assault on democratic norms and values, which has led to the coarsening of the U.S. social fabric and the erosion of unspoken, but vitally important, norms that provide the guardrails of self-government. There is a sense of displacement, dislocation, and despair among large numbers of Americans who feel that the democratic system has grown increasingly unresponsive to their needs and that government is less willing to advocate for their interests. Finally, there is an onslaught by authoritarian powers in Beijing and Moscow, which are using new forms of technology to reach into democratic societies, exacerbate internal tensions, and carve out illiberal spheres of influences.

Several studies show an ever greater disaffection to capitalism building among young people in the West.

This is not to suggest that the Pentagon will lock down the halls of Congress anytime soon. We're still on the plus side of the ledger only our margins of safety are in decline and, like any other tipping point, no one knows where the edge is.

Look at this ordeal of an election we're caught in today. What a dreary excuse for an election. You know whether you can trust their promises - a resounding "No" there. Harper broke that trust. Trudeau did the same. This election isn't about policy but whom you dislike/distrust most. We've been sent to the polls in the midst of a recently proclaimed national emergency that the candidates seeking our votes avoid like a plague. Pretty thin gruel.

My friend, Peter Lowry, recently wrote that Canadians shouldn't concern themselves with policy but should, instead, simply vote for the Liberal or Conservative candidate in their riding they like best. Don't trouble your pretty little mind with concerns and issues. Go for your Liberal or Tory preference and leave the hard thinking to them. Sorry, Peter, that's not democracy. It's autocracy.

It has been a long time since we last took the pulse of Canadian democracy. Fewer eligible voters are turning out and, of those that do, more are marking their 'X' with one hand while holding their nose with the other.

We are beset by subpar leaders, a school marm and a summer help counter clerk, who want to rule but are loathe to govern. You don't need democracy to rule. When just a few points more than one-third of ballots cast suffices to reward a party with a Parliamentary majority, that is not what Lincoln called "government of the people, by the people, for the people." It's the polar opposite.

We used to understand what democracy meant. We expounded on it at length in two reports on freedom of the press, the 1969 Davey commission report on concentration of ownership of Canada's mass media and the 1980 Kent enquiry commission report. Both reports zeroed in on the lousy role the media plays in establishing an informed electorate without which democracy withers.

Davey argued for the creation of an independent body to break up, through forced divestiture, the evolving media cartel.

When, a decade later, major newspapers began closing, first in Winnipeg, then in Ottawa, the Kent commission launched its enquiry. It reported that corporate accumulation and profitability had impaired the media's social responsibility to the public. Again the call came for the breakup of media monopolies and editorial independence of head office politics.  Like the Davey commission, the Kent report was ignored.

We no longer have a shared baseline of facts from which we can argue the merits of opposing visions. This core consensus, the very foundation of social cohesion, has crumbled. Consent is no longer something to be earned but something to be manufactured.

I can argue one thing, based on what I glean from studies and research and reports.  But fact and evidence-based knowledge too often fails today to counter manufactured belief, faith-based understanding. We have completely different realities. Mine is rejected as a hoax perpetrated by thousands of deceitful scientists with their fancy, low five-figure incomes. Is it any wonder we can't find consensus. Knowledge-based arguments cannot dent faith-based belief.  The more it is confronted and challenged the more tenacious that faith/belief becomes.

Every now and then I point out that this blog, from its inception a dozen plus years ago, has been "dedicated to the restoration of progressive democracy." Trudeau had a chance to advance progressive democracy, government for the people, all the people, when, four years ago, he solemnly vowed to implement electoral reform. Then, having won his false majority, he promptly reneged.

We go into this election, facing the grim prospect of another hard-right government, because we were betrayed. Trudeau is no defender of our democracy. How many more young people can we fail before they turn against democracy?

Governments are quick to tell their people to leave everything behind and go to fight, if need be die, in the 'defence of democracy.' They gather in their solemn groups at our cenotaphs every November 11th to venerate those who did die in the name of democracy. Yet they expose their hypocrisy when they won't lift a finger to preserve and restore democracy when a snap of their fingers would do it.

They don't protect us from the manipulations of the corporate media cartel and their manufactured consent. They don't do what is needed that every voice can be heard, every vote can have meaning.

When they show such calculated indifference to democracy in a time of grave peril what can we expect from our young people, those under no illusions about the rotten deal our vaunted democracy has crafted for them?

When I was ten years old, having taken note of my colour vision deficiency and clumsiness with some of his tools, dad used to say, "You'd better get a good education." Meanwhile granddad told me that I should worm my way onto any police force that would take me, because he figured that the standard we slugs were living was too good to last.

If they think that “democracy serves the elite” then wait until they get a load of the alternatives that they're waiting to spring on us.


John, I would imagine that the young have an abiding sense of uncertainty. It is so diametrically the opposite of the buoyant optimism of my youth when the world really did seem to be our oyster.