Searching for Signs of Life 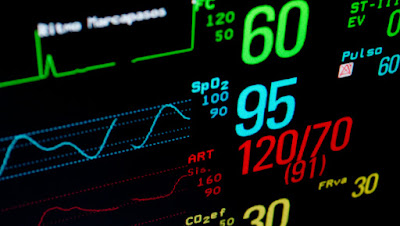 We have underestimated by a factor of nearly four the number of people at risk from sea level rise by 2050. It was 80 million. The new estimate is 300 million.

A study out of the University of Queensland finds that greenhouse gas emissions from tropical rainforest destruction has been underestimated by a factor of six.

California is still afire. Some bright light has brought a herd of goats to eat up the dry grasses surrounding the Ronald Reagan presidential library in hope of holding the approaching fires at bay.

It's all anecdotal, incidental stuff. There'll be more soon. It pours in, week by week, from Asia, the Arctic, Central America, the Pacific coast, Europe, Antarctica, the eastern seaboard, the Middle East and Sub-Saharan Africa, just about anyplace you can imagine. It's the most global reality of them all. We are all affected and you can expect that next year you'll be more affected, more vulnerable, less resilient.

Yesterday I took a look at a letter written by Kurt Vonnegut in 1988 to the people of 2088. The part that stuck with me was this:


I hope you have stopped choosing abysmally ignorant optimists for positions of leadership. They were useful only so long as nobody had a clue as to what was really going on.

We're still ignoring that advice from 30 years ago. We're still "choosing abysmally ignorant optimists for positions of leadership." We did that again just last week. Sorry, Kurt, we ought to have listened.

What all these updated numbers of persistently underestimated projections show me is a lack of the will to live. There's virtually no discernable reaction. The direst warnings have the shelf life of a fruit fly. They're flushed down the Memory Hole. Three days seems to be the norm lately. "50 per cent of terrestrial life has been lost in 30 years." Three days and it's gone, almost never to be mentioned again. The pollinators are dying off, killed by agri-chems. Bang, smash, gone.

'We can't harm the economy.' There's a line that's never going away even  though it's becoming as perverse as a stage four lung cancer patient rejecting a crackdown on the tobacco industry because it might harm the economy. Not much will to live there, eh?

The legendary WWII war correspondent, Ernie Pyle, was felled by a bullet in the closing days of the war in the Pacific. In his pocket was found what was to have been his final column. He wrote, in part, of death on an industrial scale and not just of the enemy.


Dead men by mass production - in one country after another -
month after month and year after year. Dead men in
winter and dead men in summer.

Dead men in such familiar promiscuity that they
become monotonous.

Dead men in such monstrous infinity that you come to
almost hate them.

I'm having trouble defining the analogy from Ernie Pyle's closing words to what is underway today. There are still too many variables, unknowns. Yet, with each passing year, the image that emerges becomes clearer, less uncertain, steadily more ominous. And, as this sets in we greet it with a yawn because - for now - we still can or at least that's what we choose to believe. Our indifference is the breeding stock of a callousness to the suffering of others much as Pyle related.

The march of this climate crisis is fearsome. It's one thing to be 15 or 20 per cent out but when you discover you are constantly underestimating the risks, the threats, by a factor of two or three or six times, that should be sounding the alarm bells. But it's not.

Our will to live, our survival instinct, that threshold of urgency, lies dormant. We are in a crisis torpor.

This is just the first wave, so to speak.

50 meters rise (over next few centuries) is very possible ... it has happened before.

Downtown Vancouver is about 25m. Hope, BC will be the eastern end of the Burrard Inlet.

Many years ago a First Nation leader told me that when the crunch comes (in whatever form) indigenous people will survive because they have been on the edge for so long they are used to it. Those of us who have become comfortable will have difficulty adapting; those who can't will simply perish.

BTW, we can't all resort to hunter/gatherer life. The earth's carrying capacity for hunter/gatherers is about 100 million plus or minus depending . . . .

Hmmm now that Thunberg has had her 15 minutes, the election is over, and cold weather is settling in much of Canada, I fear this whole "save the planet" fad has lost much of the wind in it's sails.

The reason I call it a fad is we had hundreds of thousands march here in Montreal and business continues as usual.

At least here in La Belle Province we can sleep soundly at night... we buy our oil ethically from the Saudis. ;)

The march of this climate crisis is fearsome.

Realistically, it's hopeless. Governments aren't going to force fossil fuel industries to shut down any time soon. No way....that would be political suicide. Industries aren't going to shut themselves down. So that leaves people to do the dirty work. Fossil fuels are too entrenched in our lives for people to give them up. We'll kick the can down the road until it is too late.

Carbon taxes and planting trees aren't going to save the world.

People think that climate change is a recent "discovery", and because it is such a "new" issue, we get a lot of people not believing it. Sometimes it takes a long time for people to accept scientific fact. However, we were warned back in 1896 that this would happen. Google "arrhenius climate change". The funny thing is, is that there is no argument that burning fossil fuels creates carbon dioxide, and there is no argument that carbon dioxide is a greenhouse gas. Yet when you put the two together, there is disbelief. Incredible!

Probably the time to head off climate change was around 1900 - 1910. For that reason, I finish as I started...it's hopeless.

I won't argue your conclusion, GDN, but I'm not willing to concede the point either, not just yet. We still have a role to play in shaping the future of our grandchildren and the generations beyond theirs. We can always make it far worse than need be and, unfortunately, our leadership is content with that.