Oh, That "Other" Justin Trudeau?


There it is, front page of Britain's Daily Mail.  The headline says it all: 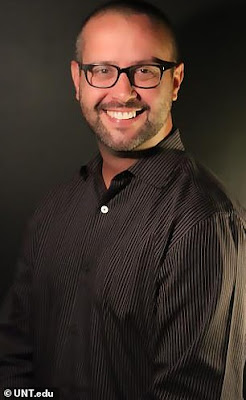 Ever heard of Denton, Texas? That's where professor Trudeau works, the University of North Texas. I'm assuming that's somewhere in the northern regions of the Lone Star State.
Posted by The Mound of Sound at 6:26 PM

There was some truly noteworthy research recently by Amy MacPherson on the matter.. tracking the provenance and passage of the photo to Time Magazine, & the year book etc.. it was astonishing the number of 'conservative' connections came into play. 'Friends' I suppose you could call them of who? Andrew Scheer ? Does he even have friends? No, these were people, executives, donors, lawyers, publishers - all of a certain 'political leaning' - all with a long background in 'conservative' politics

Certain folks better hope she doesn't dig into the malicious innuendo extension - the subsequent 'scandal that Kinsella was breathlessly loading up on, among on. There are other journalist who have written fine articles on the asonishing social media flame fire that erupted. I maintain that 'gossip' 'speculation' or 'rumour mongering' are weak kneed terms for malicious even criminal innuendo. It actually ventures deep into criminal slander and defamation. I smell the dark hands of Canada's' Conservative Party 'black ops' factions. Remember the late Senator Findley & the Live and Robocall scandal? Remember the obstructive defensive shroud thrown up by the party PMO, backrooms and Arthur Hamilton ? It robo calling may have been executed lut of Fantino's campaign office.. certainly that was where the hardware and 'data guru' was situated. That was where 'excess Donor Dollars' were shipped to less affluent ridings, including Scheer's I believe.. Stephen Lecce was the runner.. a Ray Novak clone was back and forth to the PMO.. fresh outta Western Poli Sci !

I can't recall the exact details.. it may indeed be re the Robo scam.. but Amy MacPherson reported how she was spied upon via surveillance, harassed, even threatened by RCMP and OPP.. She's an Ontarion, a single parent.. She essentially dropped out from blogging, Twitter.. etc climbed down a hole and disappeared herself for years.

Times have changed.. for the worse.. the insane. The young man who caught Jason Kenney out as a pretend Alberta resident re his 'Primary and Secondary Residences' scam that milked Canadians for hundreds of thousands dinero ? Same thing happened to him. He was 'doxed' harassed, threatened.. and he went silent.. disappesred himself

If we think 'the friends' of Jason Kenney are nice or normal people - think again. This the new era, the new environment. This aint 'fake news' - this is dangerous malicious & even criminal territory.. hardly a stretch to describe it very much akin to organized crime