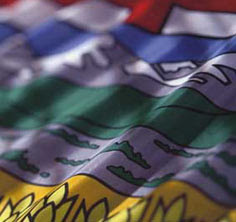 Peter Lougheed, arguably Alberta's best premier ever, castigated Ralph Klein for the haphazard way his government managed the Athabasca Tar Sands development. It appears that, with the drop in world oil prices, some of those criticisms are being borne out.

Alberta's energy boom transformed most of Western Canada. It became a jobs, jobs, jobs pandemonium. Money, it seemed, was everywhere and in truly bountiful abundance. As oil prices reached $140 a barrel there seemed no end to it.

The problem is that $140 a barrel oil creates a $140 a barrel economy. It's reflected in labour rates, housing costs, even the price of a pint of beer. When you've got a wallet stuffed with bills, paying high prices becomes less problematic.

Booms also create enormous vulnerabilities because they can end so abruptly and turn in very short order into busts. Asset values shrink and once comfortable debt levels turn unmanageable.

Energy-rich Alberta's multibillion-dollar surplus projections have taken a $6.5 billion beating over the last three months as the result of plunging oil prices and crashing markets.

Finance Minister Iris Evans is putting on a brave face, bragging that the province is still looking at a $2 billion surplus and is in a good shape to "weather the global economic crisis."

But opposition politicians and economists aren't so optimistic, warning that the worst times may still be ahead for Canada's oil-fuelled economic powerhouse.

"It's official, the boom is over," said Liberal Opposition Leader Kevin Taft.
Economist Mike Percy said Alberta's grim financial news is bound to have an impact on investment in the province, which will affect job growth and tax revenues.

"This year, they're kind of skating by," Percy said. "It's the budget for next year that will really see the province squeezed.

"When you look down the road, they're going to have to trim operating expenses, especially for health care."

The Alberta government has been roundly criticized in recent years for setting aside just over 8% of its oil royalties as contrasted with Alaska where the state sets aside 25% and Norway which holds 66% of its North Sea oil royalties in a long-term fund. Eight per cent may sound like a lot but it's really pittance in an overheated economy that's dangerously vulnerable to a bust.

Those who forget their past... After the 1990's bust that plunged Alberta into recession, bumper stickers began appearing that read, "Dear God. Let there be another oil boom and I promise not to piss it away this time."
Posted by The Mound of Sound at 11:43 AM

On the bright side, it might finally put to death the NEP excuse.

What about all those high school kids that dropped out to work for big bucks in the Tar Sands? We tax payers will be paying for them to go back to school.

While motorcycling through northern Alberta two years ago I ran into a nice young fellow at a gas pump. It turned out he was from the same town on Vancouver Island. At home he'd been making $30K as a labourer. In the oil patch he was pulling in $130K for similar work. I sure hope that kid isn't up to his alligators in long-term financial committments today.

It's hard to say where the oil patch will be in six months or a year from now. Oil economics operate in some ways far differently than industrial economics but if the global slowdown depresses crude prices enough, there'll be meagre margins for high-cost products like Athabasca bitumen.

As for the cherished NEP excuse, it'll take more than a collapse in crude prices to pry that one out of Albertans' fingers.

MOS, you're probably right about that. Daveberta has an exchange in the Alberta legislature where the NEP was used to dodge a legitmate question. Amazing.

Well Anon 6:38, what a touching thought! I guess that's why you lurk about as an anonymouse.

anon. what a classless and terrible thing to say.