What We Need In a Leader 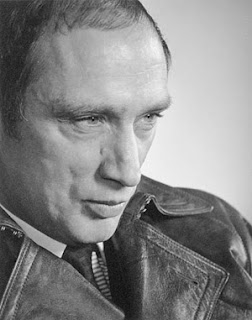 When I think of what it takes to really lead the Liberal Party, I think of St. Jean Baptiste day, 1968. Separatists, enraged at seeing Trudeau, launched a barrage of rocks and bottles at the reviewing stand where he was seated. As others fled to safety and his aides urged him to run, Trudeau stood his ground, seemingly enjoying the chance to stare down the mob. He swept the federal election the next day.
Those of us who watched the TV film of that spectacle were rocked right on our heels. There was this guy, our guy, who could easily have been badly injured or worse, just staring down this mob. We were all floored at how casually he refused to run, how dismissive he seemed that they could think they'd scare him. It doesn't get much better than that. It really doesn't.
That's what it takes to lead the Liberal Party of Canada. It's all about vision and the courage to defend that vision. Jean Chretien, Pierre Trudeau - even those who despised them respected them because they commanded respect. Pierre Trudeau eventually lost Canadians' support but he never lost their respect. That's what distinguished Trudeau from Mulroney.
It's curious that we seem to have turned away from that style of leadership. Ignatieff, Rae? Come on. They both have intellect but neither is the sort of brawler needed to put this party back on its feet.
Why do we need a scrapper? It's because we carve out our majorities from the centre. To do that - and this is the key - you have to be willing to go straight for the left and the right, knock them down and kick them right to the curb. That's the way it works. If you don't, they steadily squeeze in from the left and from the right, until you finally run out of breathing room.
It's not as though our leader can't be tough and intellectual. Who better to prove that than Trudeau? But intellectual without a heaping helping of tough isn't going to get us anywhere.
Many thanks for the link to this newsclip:
http://archives.cbc.ca/programs/1672-13270/page/1/
That's what we came to expect in a leader. Now, in these difficult and dangerous times, isn't that exactly what we need?
Posted by The Mound of Sound at 9:26 PM

My God, Scott, you got here quick! Who do I like? Sorry but I'm not yet impressed by any of them, emphasis on "yet."

Do you think I'm really out to lunch about this? I'd really like you to respond. Have you ever seen that old footage?

A lot of our strongest memories are of the man toward the end when the really interesting time was the beginning. That's when he set the hook.

Tell me, Scott, who do you like and what qualities does that person have that make you think he can lead the Liberal Party back?

No I don't think you're out to lunch at all. The scrapper/brawler aspect is that boldness and slight arrogance that inspired Liberals and Canadians to believe they can achieve anything.

I haven't seen that footage, I've heard of the event, and reading about it on your blog I admittedly felt both admiration and pride.

As for Leader, I can't say I have the slightest inclination. I feel the same way as I did after the second ballot. And in that situation I chose Ignatieff because I thought he had the strongest leadership ability.

I don't know what qualities I'll base my decision on, but without lowering my standards, I am looking for someone who inspires me and others to be better. Someone who puts people first. Someone who is not afraid to be the first to take a position or to be wrong. And the cliche of someone who offers change.

But in writing these out, I see how anyone could make an argument that their guy fits the bill. However they don't. I don't see how Rae can inspire anyone. Ignatieff does inspire people, but it seems more rhetoric then passion. Dominic LeBlanc is new, but in every instance I've watched him in the house or on the news, he seemed more of a cookie-cutter type of politician and not holding any of the qualities I described.

I'm not saying I won't eventually pick any of the above or someone else, I'm just giving my opinion as it exists right now.

I was sixteen on that day and right there on Sherbrooke St. near the library, with my mom, as I had been for many previous parades. What I remember the most are the cavalry - the horses in the crowd - and the policemen waving their sticks. I feel no pride about that day, not even for Trudeau who sat there defiantly.

What I liked most about Trudeau was his approach to individuals' rights. Many remember him for legalizing homosexuality but rarely is it mentioned that he also fully legalized contraception - usually people don't believe me when I tell them about contraception being illegal and unobtainable before 1968. His was an intellectual but he was convinced that the ordinary citizen could easily understood his arguments - and they did. Maybe it was his communication style, spoken and oral, maybe his thinking was 'in tune' with the times, but like him or not he was an effective leader.

I have yet to see a candidate - also emphasis on yet - that moves me.

I meant his communication style - written and spoken !!

Who knows. Perhaps events will take over careful planning and calendars, and it will be Stephane Dion who is thrust into the limelight to defend the Liberal brand.

I've said this once before, and I'll say it again: It's good to have cajones (figuratively).

Chretien had cojones too. I don't think we'll ever see another one like Chretien or Trudeau