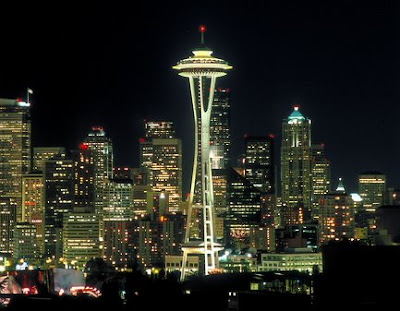 Just spoke with close friends in Seattle. The joy in their voices was visceral. Deb said how curious it was going to lunch in the downtown core today. Everyone was very quietly upbeat. She saw several black people, apparent strangers, "high fiving" each other as they passed on the sidewalk and lots of white people looking on in approval.

When they watched as Ohio and Pennsylvania went Obama they knew that the Left Coast would cinch the deal. B "H" O leading in Florida doesn't have to worry about how the slave states break, they were lost to the colour of his skin before this thing began.

The West is going to nail this down for Obama so conclusively as to put all the whiners' arguments to rest. America has elected its first black President. I never thought I would say this but God bless America.
Posted by The Mound of Sound at 7:00 PM