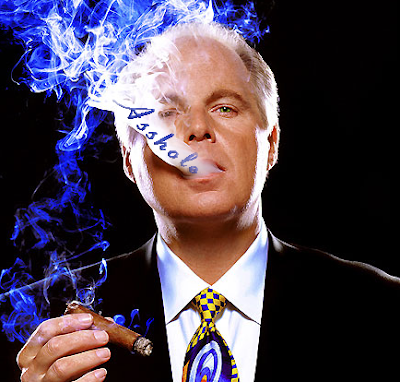 Just had a troll through Rush Limbaugh's web site. I'd expected to find wall to wall vitriol but there wasn't much of anything. A small story about Democrats rigging the vote in Pennsylvania, a Rush quote about Obama destroying Rush's America but that's about it. Maybe Limbaugh is struggling with an attack of gas.

Sean Hannity's web site has a poll asking this question:

With ACORN fraud, military ballots missing, and people voting more than once do you believe that Obama would have won this election without all those situations?

What a piece of lowlife crap. He won by 7- million votes, Hannity! The man is a real sphincter. The picture above was posted on Hannity's site.