Obama's Victory in a Nutshell 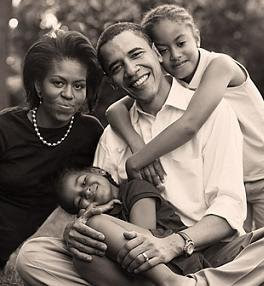 These two, short paragraphs from today's New York Times editorial say it all:

"Showing extraordinary focus and quiet certainty, Mr. Obama swept away one political presumption after another to defeat first Hillary Clinton, who wanted to be president so badly that she lost her bearings, and then John McCain, who forsook his principles for a campaign built on anger and fear.

"His triumph was decisive and sweeping, because he saw what is wrong with this country: the utter failure of government to protect its citizens. He offered a government that does not try to solve every problem but will do those things beyond the power of individual citizens: to regulate the economy fairly, keep the air clean and the food safe, ensure that the sick have access to health care, and educate children to compete in a globalized world."
Posted by The Mound of Sound at 10:24 AM

MOS....how will this win in the US affect our Prime Minister? I'd like to read your thoughts. A. Morris

I'm not sure anyone really knows, not even Obama and certainly not Stephen Harper. Don't forget, Harper's ex-communications czar got fired after outing a memo from the Chicago consulate warning that Obama would renegotiate NAFTA, that he was really soft on trade.

Now, you've seen Obama, his calm, even serene manner. You know he was bright enough to be the president of the Harvard Law Review. He's not some unaccomplished hayseed economist like Steve, who never got or could never get a decent job in his chosen profession. Do you think Obama somehow forgot what Harper did?

As the British ambassador confidentially memoed Whitehall warning that Obama is a "true liberal", I think Harper probably knows he'll get a cold but polite reception from President Obama. You don't pull that kind of stunt and not expect it to come back and bite your ass if you don't receive the desired outcome.

Harper believed it would be a Hillary/McCain race so much thatt he was willing to bet that he could put a torpedo into the one, real liberal in the race and that both McCain and Hillary would be grateful for it.

I think Obama is going to be absorbed with America's deepening crises that he'll probably just ignore Harper for the next little while.

Beyond that, read Harper's early speeches. He's the only Canadian prime minister to be so far past the Democratic centre line. I just don't see that he's going to get a lot of help from Washington.