What's Next, Forcing Canadian Airliners to Land in the US? 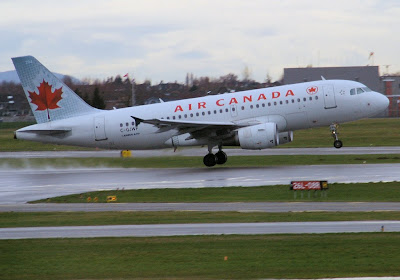 The Americans are demanding to know who's aboard commercial airliners transiting American airspace even if those flights don't land in the United States. I wonder what Maher Arar thinks about that?

The Toronto Star reports that the US Transportation Security Agency is behind the scheme:

"The name, gender and birth date of Canadians flying to destinations such as Cuba, Mexico or even Europe will be transmitted by airlines to the TSA under its Secure Flight program, to take effect next year. The agency will then vet the names against watch lists aimed at keeping dangerous people on the ground.
Washington recently published rules for the initiative following consultations with parties including the Canadian government.

U.S. Homeland Security Secretary Michael Chertoff says Secure Flight, which transfers the task of watch list screening to the TSA from individual airlines, will reduce the number of false matches and clear up mistakes more quickly.

Roch Tassé, of the Ottawa-based International Civil Liberties Monitoring Group, says the program is a threat to Canadian sovereignty.

"It's the United States having control over which Canadians are allowed to board a plane or not," he said. "So it's a big political conundrum. It's a Kafkaesque situation where our Charter rights will be breached by another country."

The potential ramifications of this policy are indeed bizarre. Does it mean that Canada will have to adopt America's ludicrous "no fly" lists? Could it lead to American authorities ordering Canadian airliners to land in order to inspect and possibly apprehend people like Maher Arar? Let's say the Americans mistakenly conclude a person associated with al Qaeda is aboard a Canadian flight transiting their airspace. Does anyone believe they won't force that plane to land, adopting their standard "shoot first and ask questions later" policy?

I think it's time for America to decide whether it's going to respect Canadian sovereignty and I think it's a question that ought to be put to them with clear consequences if they won't.
Posted by The Mound of Sound at 9:52 AM

Canada admits more immigrants than the US. All Canadians are into pot....according to the US....we allow gay marriage....could that be the reason they don't observe our sovereignty? 34 million people are to be feared by 300 million....now that is scary. A. Morris