Georgia - Still Soviet in Some Ways 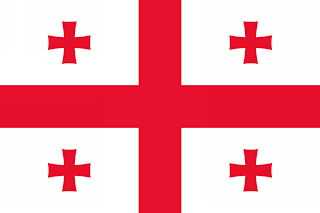 During the era of Soviet rule, making up history on the fly was pretty much standard fare. Truth was pretty much whatever those at the top said it was (hey wasn't that what Bush did too?).

The former Soviet republic of Georgia is still playing that game. It's been apparent from the outset that last summer's scrap between Russia and Georgia was sparked by Georgia's attempt to subdue the breakaway region of South Ossetia by invading and hammering the place with artillery barrages. Russia retaliated, driving Georgian forces out of South Ossetia and proceeding to invade and bomb the Georgians.

The Russians seem to have goaded Georgia into its rash attack but the fact remains that Georgia did initiate the military conflict by attacking South Ossetia.

Here's the deal. Georgia and Ukraine represent many things to Washington, including the western route for access to the considerable oil and gas reserves of the Caucasus and Caspian Basin. The whole NATO thing is to protect the fossil fuel pipelines from Russian domination and that, in a nutshell, is it. This has sweet Fanny Adam to do with spreading and defending democracy. That's merely the cover story.

Now, once Georgia is squeezed in to the NATO alliance, we all become obliged, under Article 5 of the charter, to come to its aid if it's attacked. Do we really want that obligation? The Italians and the Germans and the French certainly don't like it and neither should Canada.

Go back to the 60's at the height of the Cold War. I doubt NATO back then would have lasted a week if it was infected with a member state that thought it would be dandy to poke a stick in Moscow's eye. But, of course, back then no one would have considered doing precisely what Georgia has shown itself all too willing to resort to today. And that, kids, is why we should tell Georgia - and Washington - thanks but no thanks on NATO membership.

As if we needed a reminder of how unreliable Georgia is, take a look at what happened at their parliamentary commission hearing into this summer's war. Georgia's former envoy to Russia testified that his country, not Russia, started the August war. Erosi Kitsmarishvili caused an uproar on the committee because the Georgian government now wants to pretend that Russia opened the conflict. From BBC News:

Russia was ready for this war, but the Georgian leadership started the military action first," Mr Kitsmarishvili told the commission on Tuesday.

...the former envoy also claimed that Mr Saakashvili told him in March of plans to use force to retake Abkhazia - another Georgia's rebel region.

He said the president had also told him he would move the Georgian capital to Abkhazia's capital, Sukhumi, in August.

This is not a country that has any business belonging to NATO. Sarah Palin may have thought it was just peachy to go to war with Russia over Georgia but, then again, she is Sarah Palin. In fact, if someone like Palin endorses Georgian membership in NATO, that's probably reason enough to say no.

The NATO alliance is under considerably more strain than we're told in our mass media. The Wall Street meltdown has seriously undermined American credibility in Europe and has caused some European leaders, like France's Sarkozy to look for new deals both on global economics and European security. The Western European leaders realize that countries like Georgia are loose cannon, volatile states that they're not really willing to defend in a scrap with Russia.
Posted by The Mound of Sound at 8:23 AM

Great analysis. I agree fully with you, MoS.