How Long Before Rupert Flips? 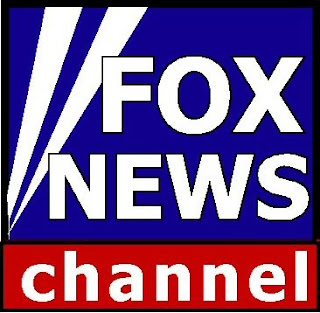 It's looking increasingly like a big win for Obama tonight and there are a lot of people who'll be watching with genuine unease.

The reichwing open mouth radio maggots have had a good time under the Reagan Revolution, especially during the Bush Darkness. It wasn't just popular ignorance, fear and hatred that was feeding them, it was the outstretched hand of the Republican establishment that did whatever it could to help out. Now they're watching that low populism wither and a tide change in Washington can only spell further trouble ahead.

The way the change arrives is with the steady departure of the "stars" with the poorest ratings. Rush will probably be around for a few years yet, at least until his shrinking wallet overcomes his inflated ego and he retires. Others won't depart as gracefully. They'll quietly disappear, usually in conjunction with a format change. If you're driving through the states you might soon be hearing a lot more music and a lot less rabid rhetoric.

I'm guessing but I think you'll see the diehards coalesce around - wait for it - Sarah Palin. She'll be the poster girl of a "behind the lines" Republican guerrilla movement in the south. Down Dixie way they're steeped in that sort of thing. She may be astonishingly ignorant of her country and its constitution but she is someone on whom they can pin their support, someone highly visible and that's what they'll need. You can imagine the narrative now. Sarah Palin didn't sell out the Republican Party, John McCain did. No, it wasn't Bush's fault or Cheney's or the neo-conservative lunatics who held sway in Washington these past eight years. It was John McCain. He sold out the party.

I'm pretty sure there'll be a Palinista movement but I think it will be small, weak. There won't be a lot of advertising revenue available for it so it will have to depend on wealthy Republican benefactors and they, too, keep an eye on the thickness of their wallets.

And then there's Fox News, Rupert Murdoch's flag ship. That channel could become fun to watch - every now and then. O'Reilly and Hannity may be in for a little commercial comeuppance. There may not be a lot of call for blowhard propagandists and dissemblers. That's the problem when your career is dependent on a guy who looks up every morning to see which way the wind's blowing.

Oh well, at least Rush knows where he can lay into an endless supply of Oxycontin.
Posted by The Mound of Sound at 8:08 AM

Because it is still America, I bet there will be a struggle inside Fox News to see if it can become the mouthpiece for angry conservatives. They have a solid core of viewers, and I don't think that will whither away. The Americans putting Obama over the top weren't the die-hard Fox-addicts, instead it was mainly people who didn't vote in big numbers (Hispanic Americans, African Americans, etc.), and swing voters - who aren't traditionally die-hard Obama supporters...

People like the Christian Right, the NeoCons, the Palinistas, etc., will seek out the most "friendly" media choice to air their "public service announcements". That will still be Fox News. They are very tied into the "marketing" psyche (the NeoCons are), and they won't sit idle. They will crawl out from under their rocks every time Obama has a challenge, or wants to change anything for the better...

I think Murdoch's "conversions" in China - and even India to some extent - are due to the very rigid and defined cultures and governments in those places. Murdoch could never hope to change China. He can, however, change with the changing tides in the West. The thing is, in the US, there is still a HUGE core of staunch Republican supporters... NeoConservatives living in an imaginary world where dinosaurs roam the earth with humans; where science is a 4 letter word. Where any sort of civilization advancement is looked upon as sin. Where the world is only 5000 years old, and where they expect the "rapture" to begin at any time. Actually - they may be right on that last item: the "rapture" is global warming - something that could end civilization as we know it. Mother Earth is not happy. Too bad these clowns love Big Oil politics so much, they couldn't possibly believe in global warming...

I hear what you're saying WG. You could be right - if their ratings hold up. If their numbers fall they will change accordingly.

The Repugs engineered the Bush Darkness very skilfully. I saw the architect of their media plan disclose all on a 60-Minutes segment years ago.

They turned away from the MSM which they considered too left. Instead they turned to alternative media - open line radio and cable outlets.

They identified a methodical transition from lunacy to established fact. I mean this was scientific. It began by having prominent radio guys, like Limbaugh, float an idea as "opinion." Once Limbaugh had churned it over enough as opinion, the cable folks (Fox) would carry it to the next level as legitimate, popular belief. Eventually the mainstream media couldn't simply ignore it any more and would report it as what the cable stations were saying. That imbued what began as rumour with the credence of fact.

It worked, again and again. It's still working today among a thoroughly dumbed down populace.

I think that segment of the Repug organization that did this is from the branch that may be sawed off the tree when angry fiscal conservatives come to reclaim their party from the theocrats and neocons.

The agitprop mill may be about to run out of steam.