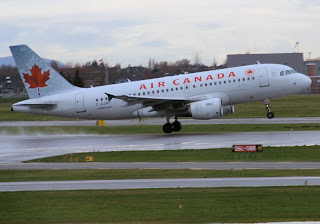 It couldn't happen to a more deserving airline. Air Canada is said to be on the verge of seeking bankruptcy protection for the second time in six years.

The problem this time is the usual - recession, falling bookings, pension deficits and, of course, being trounced at the hands of our very own, Western airline - WestJet.

Take a WestJet flight some time and you'll find it filled with travellers who've written off Air Canada long ago. What once was known as the People's Airline has alienated a lot of its customer base over the past decade.

In my former practice I wound up acting for a lot of pilots, some from Air Canada and many others from names now just memories - WardAir, Canadian Pacific Airlines, Pacific Western Airlines, Canadian Airlines International. Through a host of bad planning and management, they were all swallowed up, in turn, until what remained was incorporated into the latter day Air Canada, itself a shabby vestige of what it had once been.

To my thinking, the hapless thing we know as today's Air Canada is simply the end result of Mulroney's disastrous plan to privatize Air Canada and deregulate Canada's airlines. Prior to Mulroney Canada's two flag carriers were well regulated. Each was given priority on specific regions and high-profit routes. In exchange for that, each was also obligated to provide service to less-profitable, secondary airports which did a lot to open up this country from the 50's through the 70's.

Once Mulroney deregulated the airlines, Canadian Pacific and Air Canada went after the high-profit routes like two dogs after the same steak. For example, both airlines were operating densely packed schedules of nearly-empty airplanes between Vancouver and Toronto every day. Each wanted domination over the other on that route and each was prepared to bleed itself in the process. Seat-mile revenues plummeted, leaving both airlines mortally weak to the inevitable fluctuations in our economy.

In the years since it first resorted to bankruptcy protection, Air Canada has tried - and failed - to compete with the newcomer, WestJet. Now it appears to be back on the ropes, again.
Posted by The Mound of Sound at 1:37 PM

You'd think that all these free-market advocates would realize that deregulation is always a bitch...

Regulation is useful but it has to be strictly monitored to ensure that it serves the intended purpose without creating undue obstacles and choking off activity. Go to either extreme and you're in for a lot of trouble. Anyone who experienced Britain in the 60's can attest to that.

It's curious how on matters such as regulation or tariffs we have a tendency to either drown in them or to throw out the baby with the bathwater.

One of the perils of regulation is the reliance on them by some bureaucrats as an alternative to making decisions and accepting responsibility for exercising their discretion.