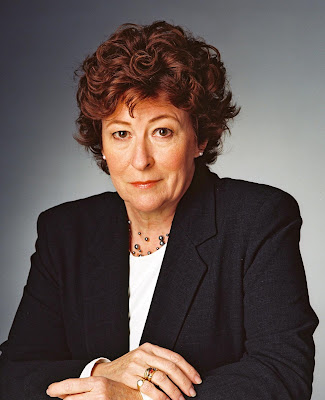 Louise Arbour will be heading the International Crisis Group. From ICG's press release:

The Co-Chairs of the Board of the International Crisis Group, Lord Patten of Barnes and Ambassador Thomas R. Pickering, are very pleased to announce that the Honourable Louise Arbour has been selected to be the organisation’s next President and CEO.

She will be formally confirmed by Crisis Group’s Board of Trustees at its meeting in Washington DC in April 2009 and take up the position in July.
Ms Arbour brings with her decades of practical experience in international affairs, having held many high-profile posts in her distinguished career.

From 2004 to 2008, she served as UN High Commissioner for Human Rights, the highest office mandated by the international community to promote and protect human rights. Before this, she was a Justice of the Supreme Court of Canada.

From 1996 to 1999, she served as the Chief Prosecutor for the International Criminal Tribunals for the former Yugoslavia and Rwanda. In these roles, she drove a significant expansion of trial activity, bringing tens of accused war criminals into custody and leading the Tribunal to issue the first war crimes indictment by an international court of a serving head of state, President Slobodan Milosevic.

“I am thrilled to be taking up this new position”, Louise Arbour said. “Understanding very well the influence Crisis Group has among top policymakers, I look forward to leading the organisation in finding ways to confront conflicts and potential conflicts around the world.”
Posted by The Mound of Sound at 7:55 AM

And there I was always hoping she'd run for leadership of the Liberal Party. *sigh*

I wish her well in her new position!

People like Arbour, no matter how much we would like her to become the PM of Canada, is much better off doing what she will be doing. At least we will hear her loud and clear and perhaps in the near future stop people like Bush. I wish her well. A. Morris