There's Nothing Sinister in Being Left-Handed 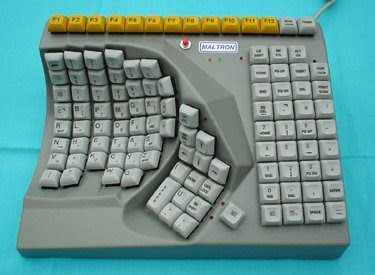 Yes we're a minority but aren't the "best & brightest" always a minority?

The Washington Post today tries to figure out the left-handed advantage. Five of the past seven US presidents have been lefties including Bill Clinton and Barack Obama (alright, Reagan is in there too).

It may be a fluke. But even if it isn't, exactly what left-handedness has to do with political skill, intelligence, popularity, family connections, wealth and luck -- all at play in our selection of national leaders -- is almost certainly a matter of subtle advantage, not one of dramatic benefit.

Yes that's right you great unwashed horde of right-handed peasants. We lefties rule! And we know it.

The list goes on and on from Pharaohs to the great conquerors of the world, the best and brightest. I feel positively sorry for you less gifted types but it's not like you're hard done by. Left in Latin is "sinister", in French it's "gauche." In Latin, right is "dexter." Being ambidextrous means "both right." Right has somehow come to mean correct or good. As a noun it's a benefit, freedom or privilege. You'll never see a Bill of Lefts, will you?
Posted by The Mound of Sound at 8:49 AM

How have I managed to miss my fame? I'm ambidextrous and it is very handy when writing on the board while teaching moving from right to left. Some Korean kids pick it up and just about have a heart attack.....and I'm still not famous.....drat!! A. Morris

I was an "ambi" too. I used to pick up a pen or pencil with whatever hand was closest. That came to an end around grade three or four. My teacher was enlightened enough not to force me to be right-handed but I was made to chose. The left was somewhat more natural so that's how I ended up. It ultimately evolved to the point where strength tasks, such as hammering or throwing a ball, I do right-handed while more precise functions, such as writing or painting, I'm strictly a leftie. I guess we just gravitate to whatever works best.

Like me, it sounds like you are mixed-handed, or cross-dominant - meaning that you do different things with different hands. It's a lovely rare condition affecting many truly brilliant people. In fact, many people often thought of as left-handed or ambidextrous are actually cross-dominant: Da Vinci, Tesla, Einstein, Michelangelo, Beethoven, Gandhi, etc.

You are actually only the second person I've encountered (besides myself) who writes with their left and does most of everything else with their right - it's usually the other way around. I also use chopsticks with my left, and I'm pretty much ambidextrous at pool.

We're a superior breed. Maybe it's a blogger thing.