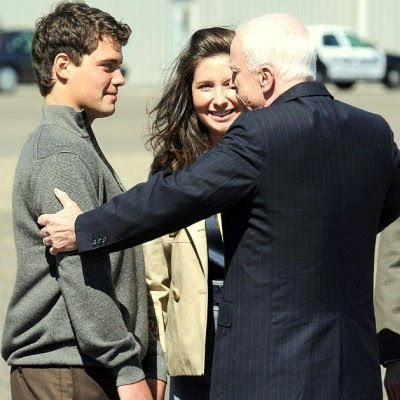 I'm no great fan of David Frum but some of his missives during the post-apocalyptic Repug era have been pretty good. Today Frum takes a poke at Bristol Palin, what she means to hardcore Republicans and why they need to get out of this rut. From the National Toast:

Many conservatives carry in their heads a mental image of American society that’s a generation out of date. They imagine the existence of a huge class of socially conservative downscale voters, ready to vote Republican because of abortion and gay marriage.

The story of Bristol Palin should help puncture this illusion.

It may still be true ...that there remain many socially conservative voters who are “white, working- and middle-class, Catholic, small-town, rural, unionized, middle-age and seniors, and surviving on less than $50,000 a year.” But the key fact about those voters is tucked into the middle of that sequence of descriptors: “middle-aged and seniors.” Younger white downscale voters are a very different story.

It is marriage that creates culturally conservative voters – and young downscale Americans are not getting married. When they do marry, they do not stay married: While divorce rates among the college educated have declined sharply since the 1970s, divorce rates among high school graduates remain ominously high.

The socially conservative downscale voter is increasingly becoming a mirage – and a Republican politics based on that mirage will only lead us deeper into the desert.

One thing that Frum overlooks is those states which have the highest rates of education and marital stability and the lowest rates of unwed teen pregnancy and sexually transmitted disease - are Blue States. They vote solidly Democrat, they always have.

Frum's Republicans would have a better chance if they could get the people of the Slave States to begin acting more like the people of the Blue States but that isn't going to happen. They're going to remain America's cesspit of poverty, ignorance and bigotry.

http://network.nationalpost.com/np/blogs/fullcomment/archive/2009/03/13/david-frum-bristol-palin-and-the-conservative-mirage.aspx
Posted by The Mound of Sound at 9:58 AM