Women, Sure - But Catholics? 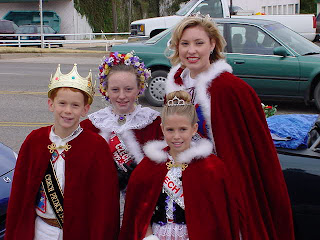 Britain's Royals have fallen on hard times. It's not just the salary, the benefits are lousy too. And do you have any idea how much those hats and handbags weigh? And all those dreadful cucumber sandwiches!

In order to attract new candidates to the royalty, British MPs are debating amendments to the 1701 Act of Settlement that establishes the rules of succession. Okay, brace yourselves.

First up - giving women in the Royal Family equal succession rights. You knew that was bound to happen sooner or later didn't you.

But the really controversial part is a proposal to allow heirs to the throne to actually marry Roman Catholics! Imagine that, if you can. Catholics in the Royal Family! What's next - Mustapha, Duke of Norfolk? Once you let those Catholics in, believe me there'll be no end to it.

The proposed changes would catapult the Queen's only daughter, Princess Anne from 10th to an ever-so-close 4th place in line of succession. A brake failure here and a tumble down a palace staircase there and, before you know it, she could be sitting in the Big Chair.

Don't expect anything to happen overnight. The proposed changes are raised in a private members bill.
Posted by The Mound of Sound at 7:19 AM

My father-in-law used to call the Royals the richest welfare family in the world.