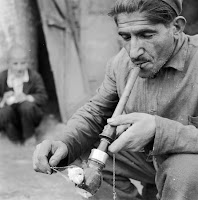 A European commission report finds that the United Nations drug policy of the past decade has been an utter failure. From The Guardian:

Representatives from governments are split in their efforts to formulate an international drugs policy for the next decade. The UN Commission on Narcotic Drugs is due to formulate a strategy over the next two days, but there is widespread disagreement among delegates and a general feeling that an opportunity for a united approach has been lost.
In an article for the Guardian, Mike Trace, chairman of the International Drug Policy Consortium, says: "We're about to see the international community walk up the political and diplomatic path of least resistance. It will do nothing to help the millions of people around the world whose lives are destroyed by drug markets and drug use. And the depressing thing about it is that we can all book our seats for 2019, to go through this charade again."

The director of the UN's Office on Drugs and Crime, hardliner Antonio Maria Costa, describes the rise in organized crime as "one of the unintended consequences of drug control". Unintended as in undesired surely but hardly as in unforeseeable. Costa's position on drugs has been about as meaningful as the Bush administration's position on sexual abstinence training in high schools.

Kasia Malinowska-Sempruch, director of the global drug policy programme at the Open Society Institute, Warsaw, said: "It is now clear that after months of negotiations, millions of people around the world will continue to suffer needlessly. Thanks to the global 'war on drugs' over the past decade, close to 2 million people living in the former Soviet Union are infected with HIV, half a million US citizens languish in prison for non-violent, drug-related crimes, and billions of dollars are spent on destructive military actions in Colombia while the production of cocaine continues to rise."