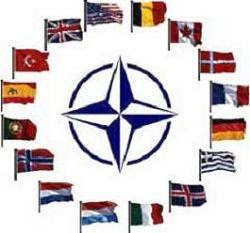 40-years ago Charles de Gaulle created a furor when he pulled France out of the North Atlantic Treaty Organization. Well today the French military is back, returned to NATO command by Nick Sarkozy.

Gaullists ...fear France risks losing its independence and ability to act as a counterweight to the US.

Critics say the move means Paris would no longer be able to pursue its own diplomatic alliances and stand apart from Washington, particularly in the Arab world.

France is the fourth-largest troop contributor within NATO and its generals have commanded missions in Kosovo and Afghanistan. The French "one foot in the door" position of the past four decades has actually worked fairly well - for France anyway.

The French parliament will vote on the issue next week.
Posted by The Mound of Sound at 9:07 AM