The End of Casino Capitalism 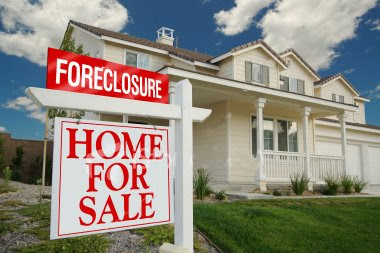 Don't buy the optimistic "end of recession" hype you're getting from Harper says former Bank of Canada governor David Dodge.

Dodge told The Globe & Mail that this recession is going to be a lot longer and a lot deeper than predicted by our boy economist prime minister - the supposed economist who's gotten everything wrong going back to last summer.

“I think anybody would be dreaming in Technicolor to think that you're going to get through this by the third quarter of this year.”

..For his part, Prime Minister Stephen Harper has boasted that Canada will lead the turnaround. Ottawa expects a healthy recovery that will bring its books back into surplus by 2013.

“They're not going to do that. It's totally unrealistic,” said Mr. Dodge, who is now a senior adviser at law firm Bennett Jones LLP.

...he sees unemployment climbing to above 10 per cent in Canada, as well as a permanent, painful contraction of several mature industries such as automobile production and newsprint, and a sober reassessment of investment in oil sands.

Policy-makers, especially in Canada, need to be thinking longer-term and more “sensibly” about their recovery plans, he said, rather than setting up spending plans that just paper over today's problems or “piss money down a rat hole” in the hopes of a quick recovery.

...rather than obsess on designing short-term programs that will expire in a couple of years with the aim of returning quickly to surplus, he said, Ottawa should be spending in areas where there will be a payback to the Canadian economy later in the next decade, and where governments have not been able to spend sufficiently in the past.

Unfortunately, the only people who could have forced the government to "invest" in legitimate recovery spending, real infrastructure with clear payback benefits, were the Liberals. But, instead of standing up to Harper, they chose to sign on to the Tories pathetic "middle-class tax cut and nail a deck on the cottage" stimulus budget. Thus the Ignatieff Liberals ensured Canadians would get the burden of the massive deficit spending but almost none of the reward that ought to have been reaped from it. Stephen Harper and Michael Ignatieff got together, dropped their drawers, and pissed the taxpayers' money straight down a rat hole - of course not before Mike told Steve that he was "on probation."

http://business.theglobeandmail.com/servlet/story/RTGAM.20090317.wrdodge18/BNStory/Business/home
Posted by The Mound of Sound at 10:51 AM

Oh I guess you are along with the NDP..wanted an election right away, and still want one! The majority of people do no want one lining up for their unemployment cheques..enough on their plates!

Anon, it's not about forcing elections. It's about leadership, acting for the benefit of the country and its people. It's about acting like the Opposition and forcing the minority government to use those deficit billions on the sort of infrastructure that would represent an investment for the future as well as immediate stimulus.

It's too bad you don't grasp the significance of "doing it right" when it comes to stimulus spending. The Brookings Institute did an excellent analysis on this point a few months back. It would do you a world of good to read it.

You don't get do-overs on this sort of initiative. The money is gone quickly but the associated debt persists. That's why you must use that money on things that will offset that debt as it's paid down in the future.

It was the responsibility of the Liberal leader to see to that very point. He was more interested in political posturing and we and our kids will all pay for that.

Don't go tying me to the NDP. That's the greasy out we keep getting from IgLibs and it's getting both tired and lame.

Tired and lame for sure to bring out the old NDP/socialist accusation.

Harper was running scared and hiding during the prorogue. Even if Ignatieff didn't believe in the coalition effort working for HIM (and let me be clear, it is all about him), he could have demanded some amendments or even explanations/elaborations in the HoC while he had Harper by the short and curlys. He did not and he will wear this mess.