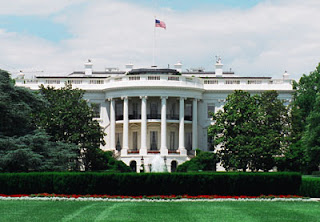 Barack Obama has a problem. His White House is leaking like a sieve. The upside to it is that it appears the cowboy days of Shrub Bush are history and the executive branch is back to rational decision-making.

The New York Times identified no less than half a dozen officials who spoke to the paper about Obama's decision on Afghanistan. Naturally they all spoke on condition of anonymity.

The debate over the past few weeks offered a glimpse into how Mr. Obama makes decisions. In this case, he chose a compromise between his political and military advisers that some critics say includes some strategic holes, such as a reliance on the same sort of vague guidelines that proved difficult to carry out in Iraq. It also offers insight into the role of Mr. Biden and other members of a foreign policy team that includes many powerful figures vying for Mr. Obama’s attention.

In the end the plan is a compromise that reflected all of the strains of the discussion among his advisers, one that is markedly different, though perhaps no less difficult, from the goals his predecessor set for the region. In speaking of Afghanistan and Iraq, President Bush spoke of lofty goals that included building nations that could stand as models of democracy in the Muslim world.

Mr. Biden, White House officials said, was heavily influenced by the trip he took to Afghanistan and Pakistan just before the inauguration in January. He observed to Mr. Obama that if you asked 10 people on the ground what American objectives were, he would get 10 different answers. That observation, aides said, carried weight with Mr. Obama and helped to lead to his decision to narrow the American goal in Afghanistan.

Contrast this with former State Secretary Colin Powell's revelation that he only learned about Bush's decision to invade Iraq after it had already been taken. And look how well that turned out.

I'm still curious whether the Times' sources were really telling tales out of school or was it intended they would get the message out?
Posted by The Mound of Sound at 9:02 AM