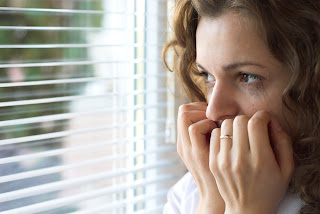 You have to give them their due. Over the past decade, the right wing has demonstrated an unrivalled mastery of fear as a tool of political manipulation. It's said that humans have a strong attraction to fear which accounts for the steady stream of horror movies and action flicks. I guess that makes us predisposed to a Pavlovian response when we're bombarded with warnings of imminent danger, real or simply imagined.

Right wingers - politicians, preachers and pundits - use fear as a construct, carefully crafting a subset of things to fear and, just as importantly, things not to fear. Things to fear include terrorism, foreigners and socialism. Things not to fear range from global warming to authoritarianism. It gives rise to a black and white, good/bad dichotomy that, by virtue of its simplicity and absolutism becomes ridiculously easy to inculcate and perpetuate.

We know that, with rare exception, virtually nothing is truly black or white. It's all varying shades of grey but sometimes things that are genuinely dingy are still presented to us as white and pure and good. The more we're conditioned by fear the more likely we are to have prejudices and biases that allow us to accept as white what is truly grey. Isn't that after all the real basis of the "my enemy's enemy" line of thought?

I don't much care for the American national anthem but the last line is genuinely prescient. "The Land of the Free and the Home of the Brave." There's a direct link between bravery and freedom. There is no freedom without bravery. What is bravery then? Isn't it the rejection and overcoming of fear? You may still be afraid but you're brave enough to confront your fear and surmount it.

What is terrorism but the application of fear to achieve a desired response? The whole essence of terrorism is to provoke a predictable reaction. Fear, palpable even tangible, that sends people racing out to empty hardware store shelves of plastic sheeting and duct tape.

The Bush-Cheney regime used fear as a weapon or tool against the American people. Armed with their talking points they would barrage the American public by swamping the media with images of Saddam Hussein and mushroom clouds or chemical weapon attacks on the Homeland. Remember Homeland Security director Tom Ridge's colour-coded alert system that curiously only seemed to spike at moments when political interests also peaked?

Fear was used by the White House against the American people to garner support for a bellicose foreign policy and illegal wars of conquest and occupation. Fear was used to render the public insecure enough that they would surrender constitutional freedoms and protections and accept a more invasive, authoritarian government; an oligarchy that served the most advantaged to the detriment of all others.

The Islamist terrorists wanted the American people afraid, cowed. So did the American administration. The Republicans saw fear as a means to win undeserved electoral victories.

Speaking from the grave, Dick Cheney came out last week to have the complacent American media spread the word that Obama's decision to close Guantanamo would leave the United States vulnerable to another terrorist attack. Now you would have thought a responsible media would have placed Cheney's warning in the context of the litany of lies and empty propaganda he so shamelessly spun over the past eight years but, no, they didn't.

It's become clear of late that Congressional Republicans have decided to stick with the fear gameplan, to adopt it as their vehicle to undermine the public's confidence in Barack Obama. Ignoring the fact that it was the Republican Congress and administration that decriminalized the securities scams that have toppled the global economy and having no ideas beyond further insane tax cuts to remedy their country's predicament, these political hacks and their collaborative pundits are waging a determined campaign to make the American people fearful of their president and his measures to salvage America's economy. They shamelessly depict Obama's policies as begetting socialism and political tyranny.

It's a scary thing to be an American today. The former Comptroller General last year warned anyone who would listen that the American governments' debt and unfunded obligations such as Social Security represented an average indebtedness of $480,000 per household. That was before the bailout and stimulus emergency budgets. Who wouldn't be scared by that, especially those with employment insecurities and personal debt problems?

These are hard times indeed for much of the planet and particularly for the United States. It is now when America most needs a brave citizenry willing to look fearlessly at what they're facing and the arduous path to recovery. If they can find that bravery it is conceivable that America may emerge from this travail a better place than it has been since Reagan inflicted his toxic ideology on the country. If they can find that bravery, they just might restore their Constitution to its rightful place as the repository of their freedoms and protections. The Republicans know this. It's why they're so determined to once again enslave their own people with those damned rusty chains of fear.
Posted by The Mound of Sound at 11:31 AM

Excellent! I was somewhat surprised to see Cheney out in the media again so soon after leaving office & "spreading the fear" propoganda again - along with a few others like Ari Fleisher, who did get creamed by the press & the pundits even if Cheney didn't.

Also surprising was how the media bought it - as you said, after 8 yrs. of BS they are still buying it.

And we are getting our share of fear-mongering from Harper & his thugs too. Enough is enough.

As penlan says, excellent post. And I'll just add that the "war on terror" was lost in 2001.

I'm not sure that the war on terror wasn't lost on the streets of Cairo and Riyadh where the West backed despots, crushing demands for democratic reform and driving the Arab Street into the arms of the only alternative - Islamists.